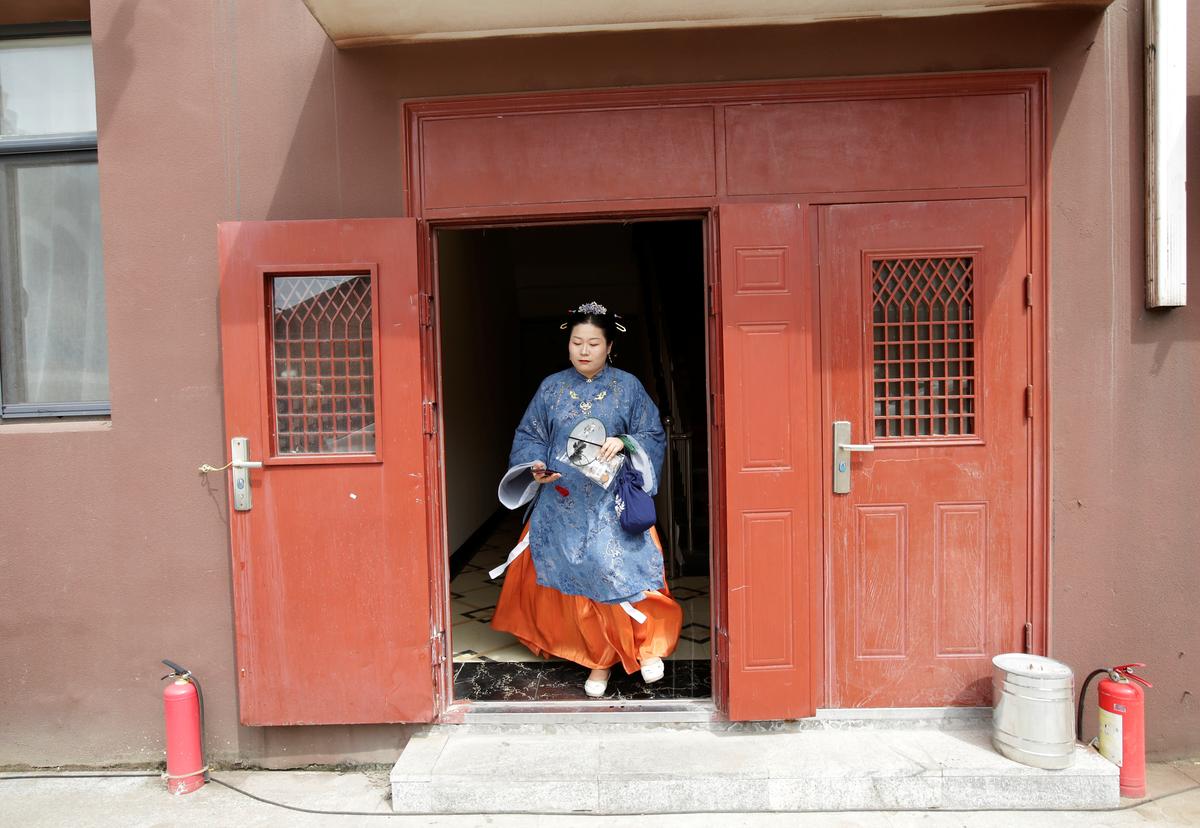 BEIJING (Reuters) – Li Doudou’s gray kitten squeezes in next to her as she sits painstakingly applying makeup and putting up her hair in a bun adorned with elaborate ornaments.

Looking like she has just stepped off the set of a Chinese historical drama, the 26-year-old property appraiser is wearing a long Ming dynasty-style blue tunic with sweeping sleeves and a flower design outlined in gold and silver thread, paired with a flowing, bright orange skirt.

Li, who lives in Hebei province in northeast China, is a devotee of the Hanfu movement, which has spanned a decade and in the last year has seen a spike in followers, partly thanks to social media.

Chinese for ‘Han clothing’, “Hanfu” is based on the idea of donning costumes worn in bygone eras by China’s dominant Han ethnicity. Some of the most popular styles are from the Ming, Song and Tang dynasties.

Hanfu enthusiasts doubled to two million in 2018 from a year earlier, according to a survey by Hanfu Zixun, a popular…