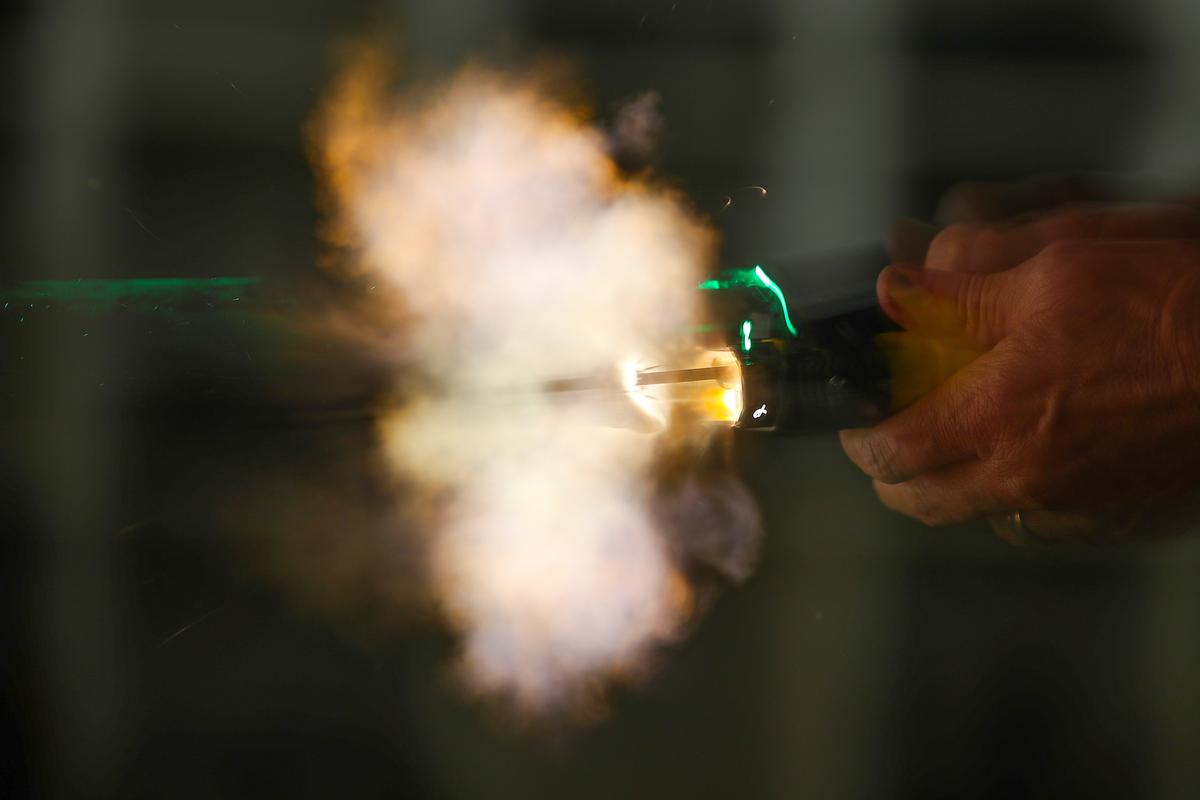 LOS ANGELES (Reuters) – With 49 people killed last year after being shocked by Tasers, police departments across the United States are trying out a “Spider-Man”-like device that fires a tether that entangles and restrains the suspect.

Called Bolawrap, the device fires an eight-foot (2.4 meters) bola-style tether at a suspect to entangle his legs and prevent him from getting away. It works at a range of 10-25 ft (3-7.6 meters).

“Whether it is a Taser, pepper spray, baton … there’s been this gap created by the courts requiring that a higher level of force be used at the appropriate time,” said Tom Smith, president of Wrap Industries, which manufactures the Bolawrap device.

“This tool fits perfectly into that gap giving the officers another option to use before having to use that high level of force to end that conversation very early, very safely,” he said.

Smith, who founded TASER International, now Axon Enterprises, made the Taser with his brother before…