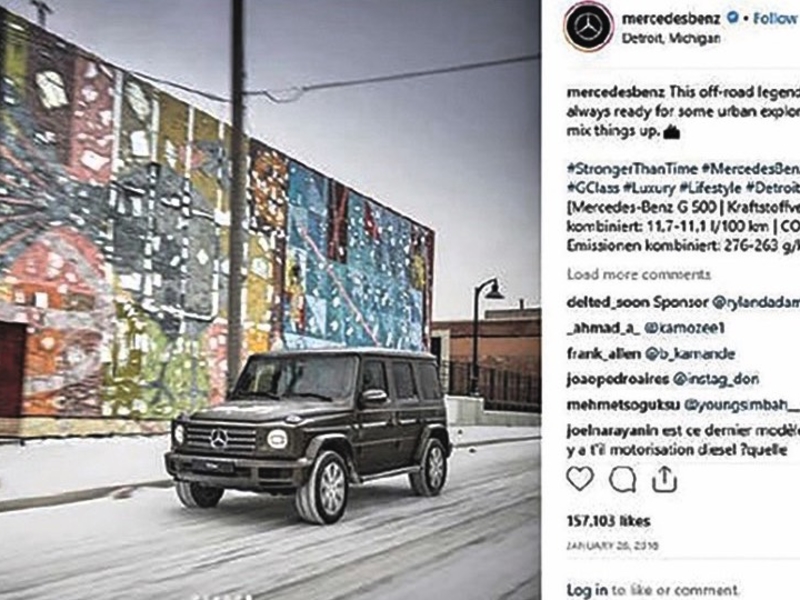 Mercedes-Benz is in a legal dispute with four artists who wanted compensation after the luxury brand photographed its vehicles in front of their murals for social media posts.

The artists threatened to sue Mercedes, which then sued them in an effort to get court approval to use the photographs, the Detroit Free Press reported. But U.S. District Judge Avern Cohn, while allowing the suit to go forward last week, said the murals in Detroit’s Eastern Market have “a uniqueness” and “are entitled to protection,” the newspaper said.

The artists’ lawyers have accused Mercedes of trying to “bully and intimidate” them. One of the artists, James Lewis, told the Free Press that the fight “could have been avoided if Mercedes hadn’t been so arrogant.”

A Mercedes spokeswoman told the paper that the automaker complies with intellectual property laws and is “a strong supporter of the arts throughout the world.”