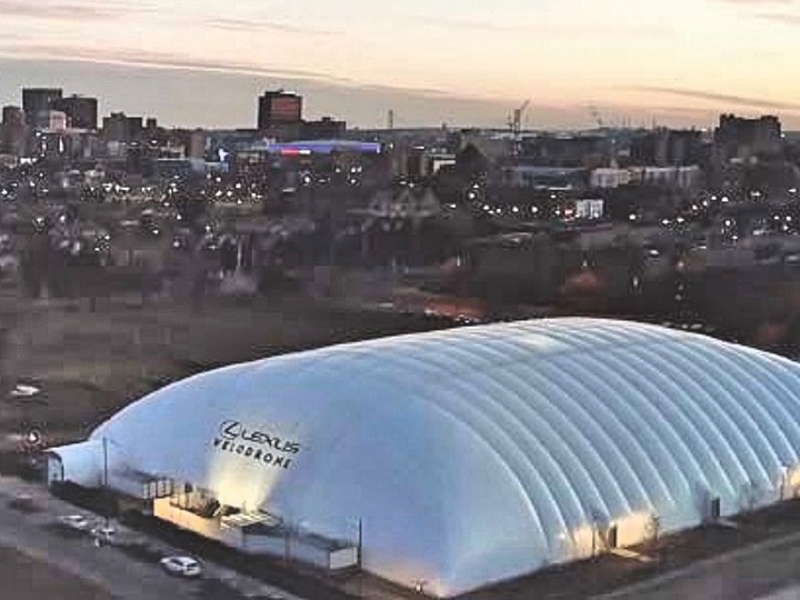 Opened in 2018, the Lexus Velodrome is a $4 million, 60-foot-high, 64,000-square-foot indoor biking, running and walking complex featuring a steeply banked, 166-meter biking track. The fitness and entertainment center was built by the Detroit Fitness Foundation and can accommodate almost 1,000 people. In its first year in operation, it drew about 35,000 visitors, including athletes who traveled from as far away as Germany and New Zealand.

For Lexus, which bought the naming rights under a four-year agreement in late 2017 at a cost of $300,000 per year, the Velodrome is a way to boost brand recognition along a busy corridor in the heart of the Motor City and support a city making a comeback.

“Lexus and its Detroit-area dealers were looking for a significant presence in the city,” said Curt McAllister, a spokesman for Lexus and Toyota in Detroit. “Previously, Lexus had been the cigar lounge sponsor at Comerica Park but that stadium is inundated with several other corporate sponsors. By…