UN: Reconstruction of landmark Mosul mosque to begin in 2020 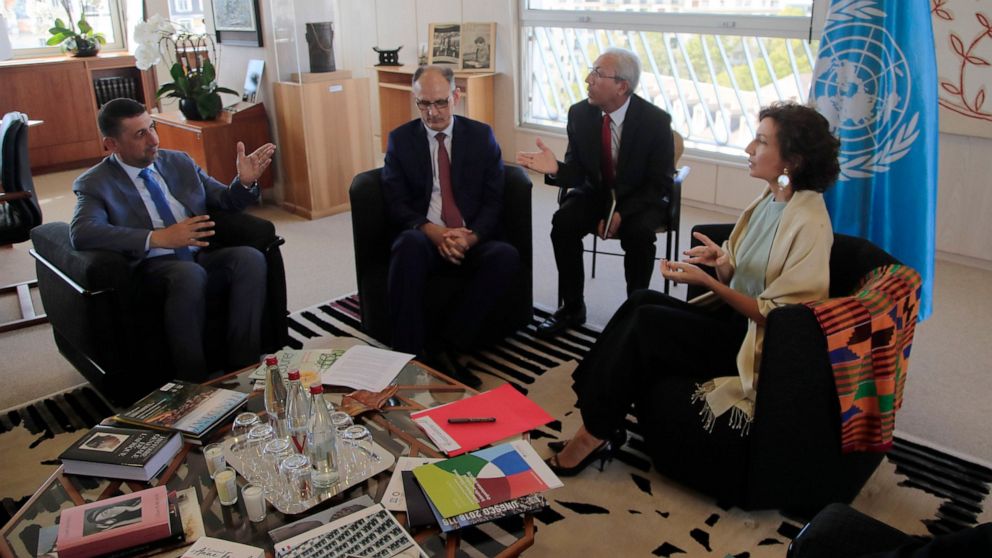 The United Nations’ cultural agency UNESCO announced Wednesday that a landmark reconstruction of Iraq’s al-Nouri mosque in Mosul, which was blown up by the Islamic State group in 2017, will start at the beginning of next year.

The timeline of the restoration plan of the 12th-century monument, famed for its leaning minaret, was hammered out during a meeting in Paris between UNESCO Director General Audrey Azoulay and several Iraqi officials, including Iraqi Culture Minister Abdulamir al-Dafar Hamdani, and Mosul’s regional governor, Mansour al-Mareed.

First launched in 2018, the mosque restoration plan will be the most eye-catching part of a $100 million UNESCO-led heritage reconstruction of Mosul.

“Revive the Spirit of Mosul” is the largest restoration plan in Iraqi history, and comes two years after the old city’s destruction at the hands of extremists.

“Today we agreed on a calendar, a precise calendar and plan of action to be mobilized on the ground in Iraq. … The ongoing…