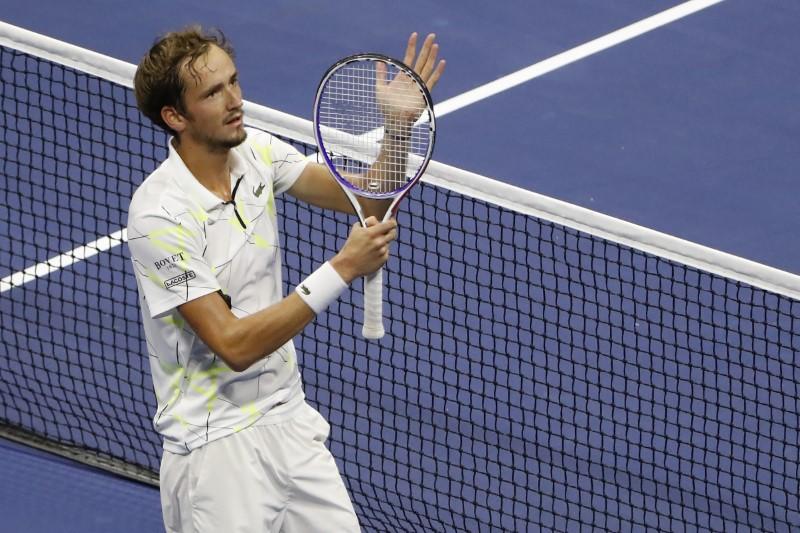 NEW YORK (Reuters) – Love him or hate him, Daniil Medvedev will play for a first Grand Slam title after grinding out a 7-6(5) 6-4 6-3 win over Grigor Dimitrov at the U.S. Open on Friday.

Medvedev has a complicated relationship with the Flushing Meadows crowds, who have cast him as a U.S. Open bad boy due to his on-court antics, but the fifth seeded Russian has been as good as gold where it matters — on the scoreboard.

“I will not say that I’m a kind person or a good person, I can only say I’m a really calm person in life,” said Medvedev, who has incurred $19,000 in fines for an assortment of offences including smashing racquets and giving the crowd the middle finger.

“I actually have no idea why the demons go out when I play tennis.

“I’m not proud of what I did. I’m working to never do it again.”

Medvedev may not be winning many friends but he is winning matches. Lots of them.