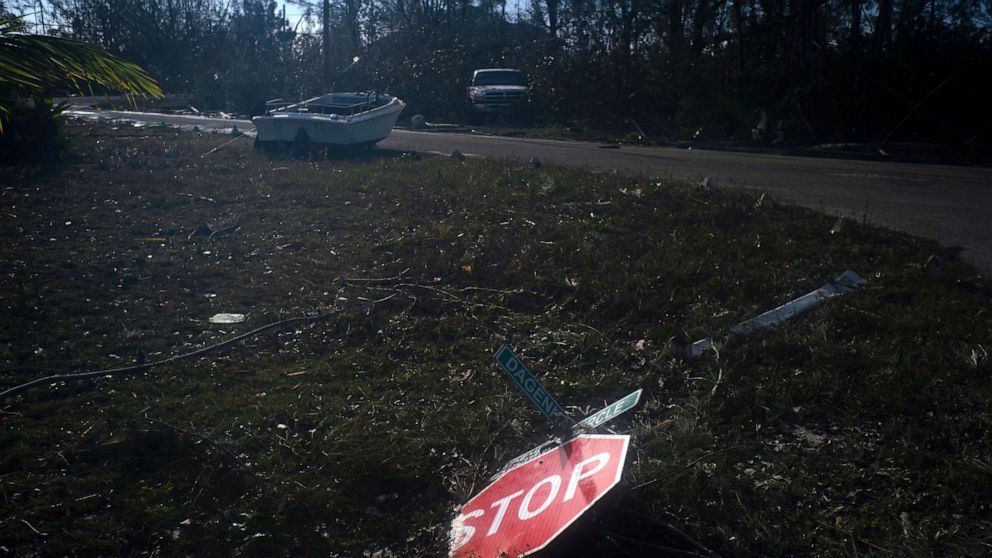 The ground crunched under Greg Alem’s feet on Wednesday as he walked over the ruins of his home, laid waste by Hurricane Dorian. He touched a splintered beam of wood and pointed to the fallen trees, overcome by memories.

“We planted those trees ourselves. Everything has a memory, you know,” he said. “It’s so, so sad. … In the Bible there is a person called Job, and I feel like Job right now. He’s lost everything, but his faith kept him strong.”

The devastation wrought by Dorian — and the terror it inflicted during its day-and-a-half mauling of the Bahamas — came into focus Wednesday as the passing of the storm revealed a muddy, debris-strewn landscape of smashed and flooded-out homes on Abaco and Grand Bahama islands. The official death toll from the strongest hurricane on record ever to hit the country jumped to 20, and there was little doubt it would climb higher.

With a now-distant Dorian pushing its way up the Southeastern U.S. coast, menacing Georgia and the…