on: September 04, 2019In: Entertainment
Print Email 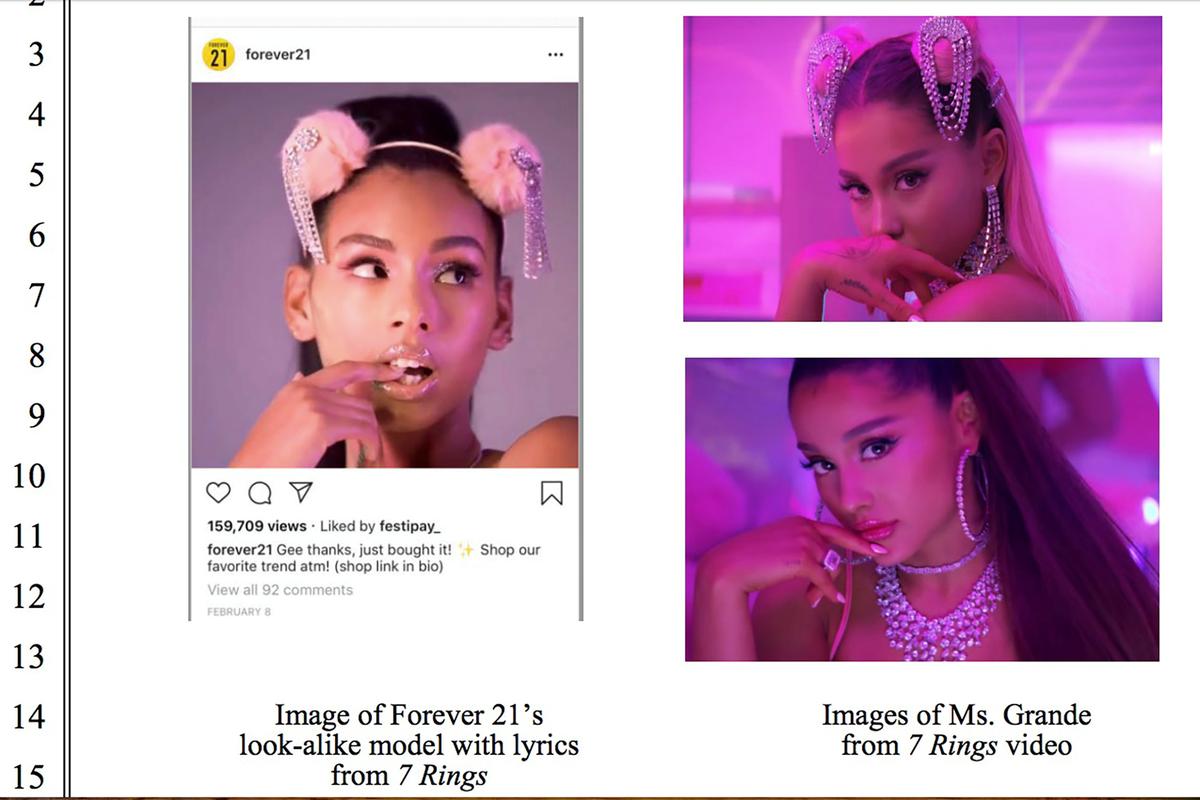 (Reuters) – Popular singer Ariana Grande has sued Forever 21 for $10 million, accusing the fashion retailer and a beauty company started by its billionaire founders’ daughters of piggybacking off her fame and influence to sell their wares.

In a complaint filed on Monday, Grande said Forever 21 and Riley Rose misappropriated her name, image, likeness and music, including by employing a “strikingly similar” looking model, in a website and social media campaign early this year.

She said this followed the breakdown of talks for a joint marketing campaign because Forever 21 would not pay enough for “a celebrity of Ms. Grande’s stature,” whose longer-term endorsements generate millions of dollars in fees.