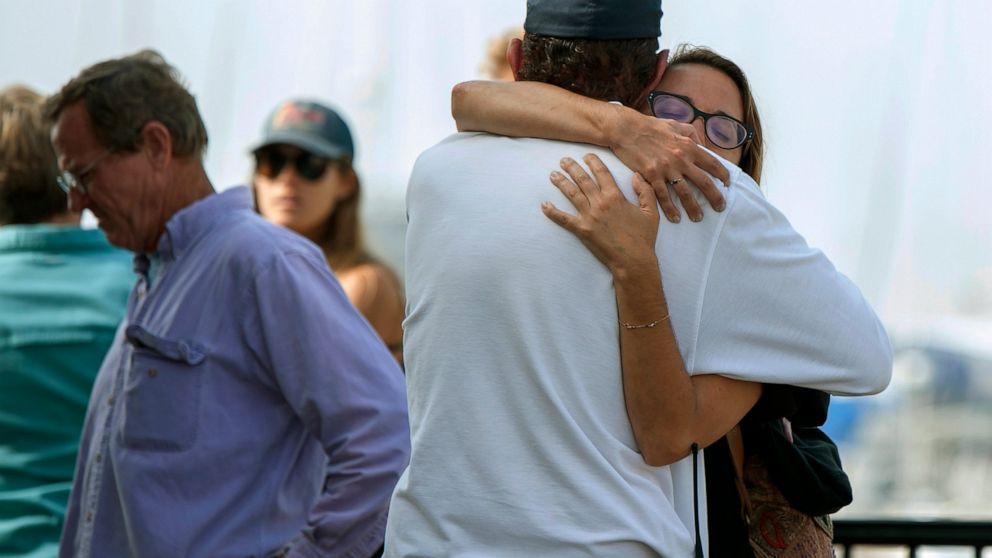 A middle-of-the-night fire swept a boat carrying recreational scuba divers anchored near an island off the Southern California coast early Monday, leaving at least eight dead and little hope any of 26 others missing would be found alive.

Five of six crew members on the Conception escaped by jumping into an inflatable boat they steered to a nearby vessel.

Rescuers recovered four bodies just off Santa Cruz Island and spotted four others on the ocean floor near where the boat sank only about 20 yards (18 meters) from shore. They planned to continue searching for survivors, but Coast Guard Capt. Monica Rochester cautioned it was unlikely anyone else would be found alive.

“We will search all the way through the night into the morning, but I think we should all be prepared to move into the worst outcome,” she told an afternoon news conference.

The four bodies plucked from the ocean about 90 miles (145 kilometers) northwest of Los Angeles all had injuries consistent with drowning,…