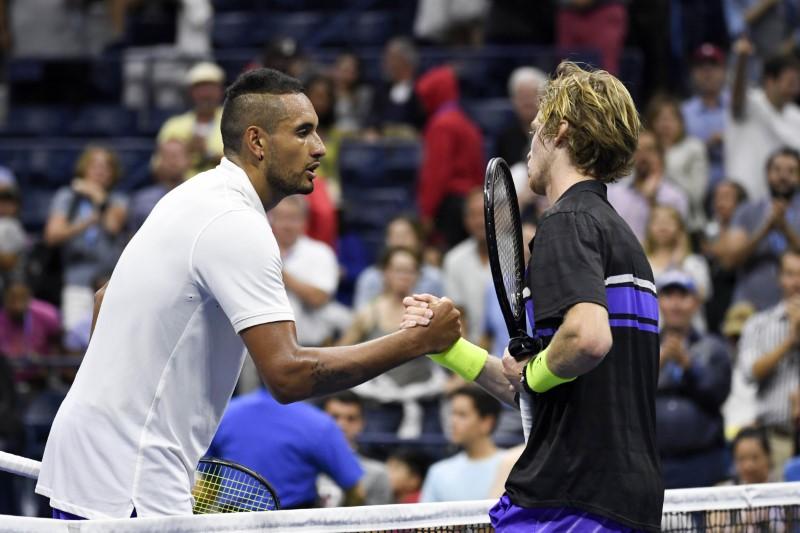 NEW YORK (Reuters) – Nick Kyrgios’ eventful U.S. Open ended in the third round as Russian Andrey Rublev turned aside the fiery Australian 7-6(5) 7-6(5) 6-3 in a battle of big servers on Saturday.

Rublev looked up to the task from the start and proved to be unflappable against Kyrgios, who complained to his team in the box several times about not being able to see and later said he took time adjusting to the massive Arthur Ashe Stadium.

The Australian seemed to have no issues with his vision on serve, however, at one point firing four consecutive aces in a 40-second game to force a first-set tiebreak. He saved two set points before sending a backhand just wide to lose the opener.

Kyrgios got his only two break point chances while leading 3-2 in the second set but Rublev beat them both back.