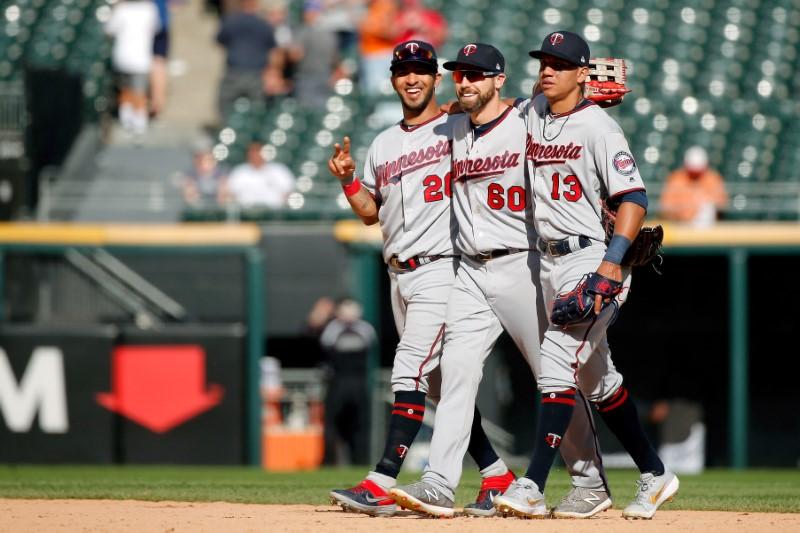 Jake Cave hit two home runs, and C.J. Cron homered, doubled and drove in three runs as the visiting Minnesota Twins jumped out to a 9-0 lead and then cruised to a 10-5 victory over the Chicago White Sox on Thursday afternoon.

Cave’s home run leading off the third inning was the 139th of the season hit on the road by the Twins, breaking the major league single-season record set by the San Francisco Giants in 2001.

Nelson Cruz had two hits and three RBIs, Jonathan Schoop had three hits and a run scored, and Jorge Polanco and Eddie Rosario each had two hits for Minnesota, which completed a three-game series sweep of the White Sox with its fifth straight victory.

Jose Abreu went 4-for-5 with two doubles and an RBI, and Eloy Jimenez and Yolmer Sanchez each went 2-for-4 with an RBI and a run scored for Chicago.