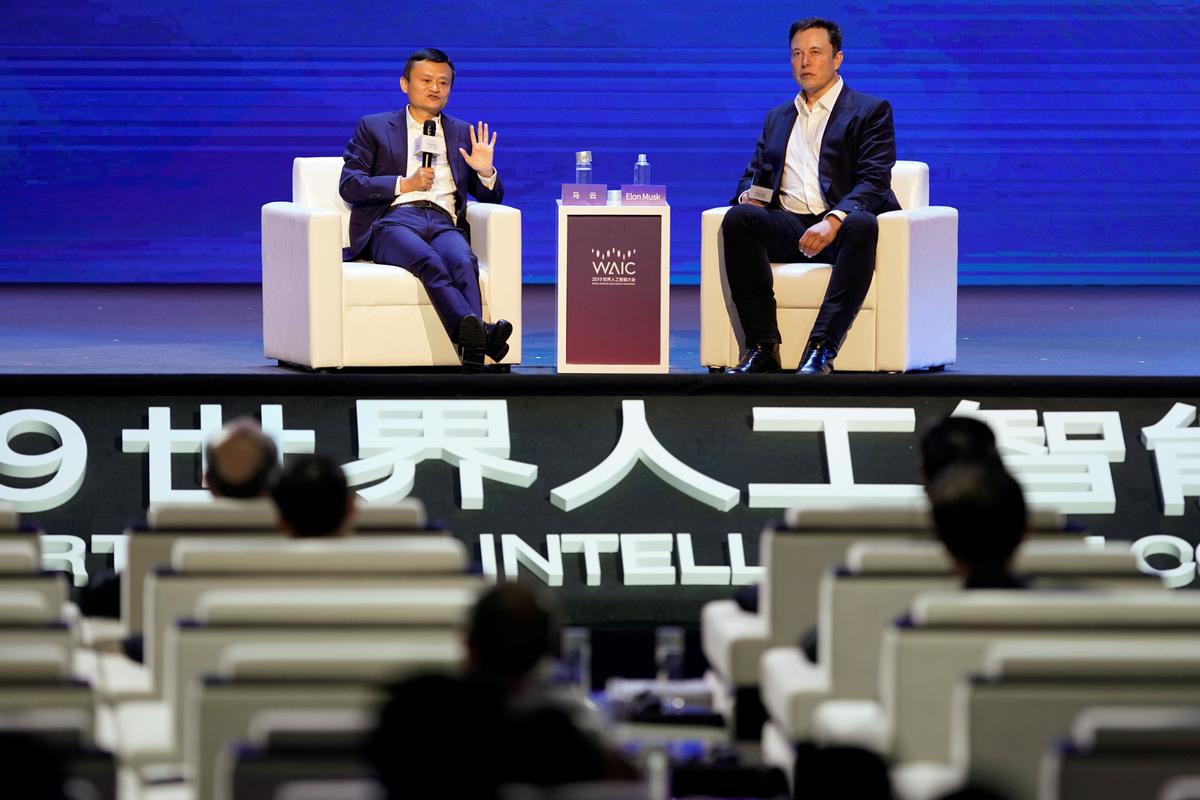 Their chat, which was livestreamed, was part of the opening events for the annual World Artificial Intelligence Conference (WAIC) in Shanghai.

When the scheduled conversation by the tycoons was first announced, speculation was rife that they could use the podium to talk about issues such as the U.S.-China trade frictions, which both had previously publicly commented on, a factory Tesla is building in Shanghai, or Ma’s impending retirement from Alibaba.

But the duo avoided all mention of those issues, instead chatting for over half an hour about their vision of how technology, especially artificial intelligence, will shape the future.

“I’m always amazed by your vision of technology, I’m not a tech guy,”…