Kyrgios keeps mostly calm and carries on at U.S. Open 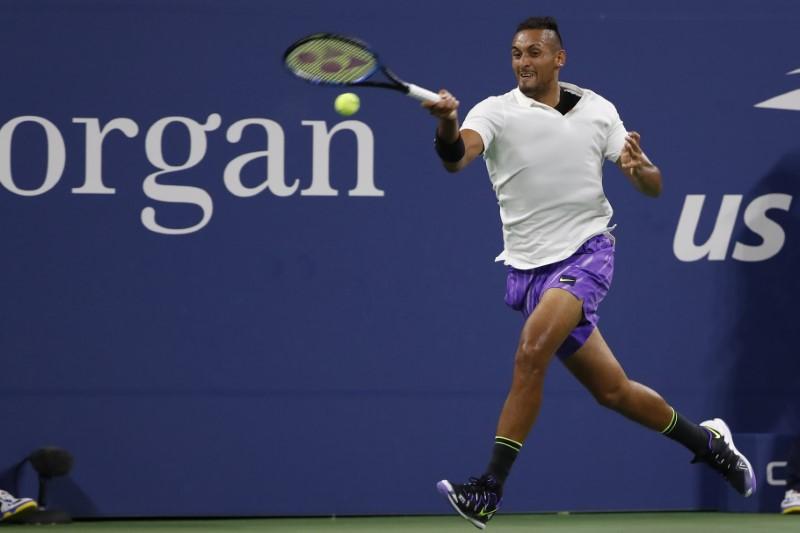 NEW YORK (Reuters) – Nick Kyrgios delivered heaps of brilliant shotmaking and a sprinkle of controversy in a 6-3 7-6(1) 6-4 win over American Steve Johnson on Tuesday that put the Australian into the second round of the U.S. Open.

Kyrgios was laser focused for the first half of the match as he deployed a lethal mix of monster serves, stinging forehands and smart net play but nearly unraveled when he got agitated over a fan who interrupted his ball toss.

The Australian 28th seed was serving at 4-4 in the second set when a woman trying to get to her seat entered his line of sight during his serve, at which point an annoyed Kyrgios asked aloud if she was alright.

Kyrgios then looked to the chair umpire who said he could not have prevented the interruption because he did not see it since he was focused on the players.

But a clearly perturbed Kyrgios was not happy with that explanation and following a verbal exchange was given a code violation warning for an audible obscenity.