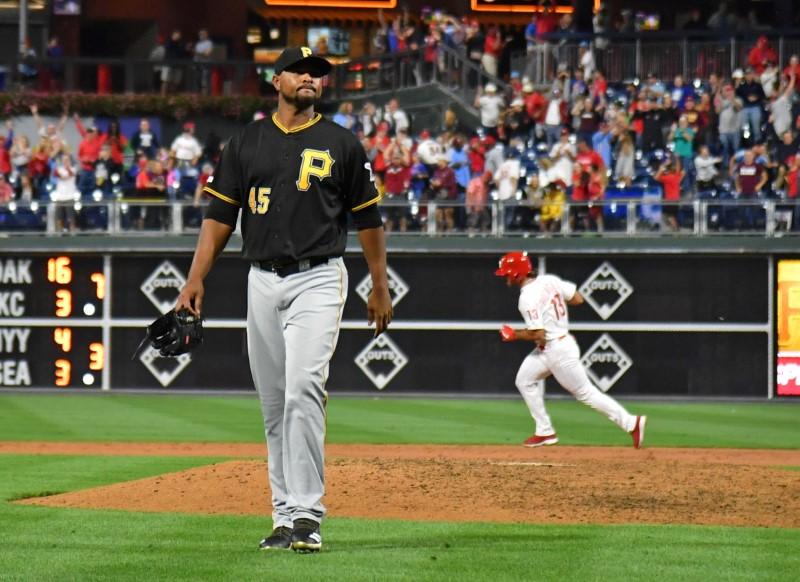 Sean Rodriguez led off the bottom of the 11th inning with a home run to give the Philadelphia Phillies a 6-5 win over the visiting Pittsburgh Pirates on Monday night.

Rodriguez stroked a 1-2 slider from Michael Feliz (2-4) down the left field line for his fourth homer of the season. The Phillies moved to within one game of the second National League wild-card spot, currently held by the idle Chicago Cubs.

Pittsburgh’s Kevin Newman went 2-for-6 and drove in two runs for a 4-2 lead in the seventh, and Bryan Reynolds, Melky Cabrera, Colin Moran and Adam Frazier each notched two hits. Josh Bell hit a game-tying solo homer in the ninth inning.

Ryan McMahon hit a walk-off, two-run homer in the ninth inning, and Colorado beat visiting Atlanta in Denver. The contest was a makeup of an April 10 game…