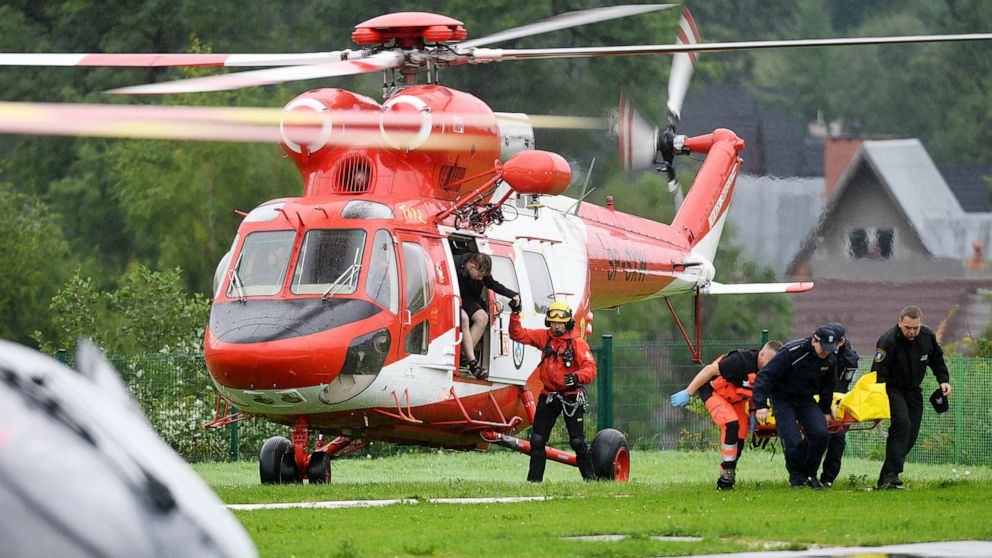 Lightning struck across the Tatra Mountains in southern Poland and neighboring Slovakia on Thursday, killing five people and injuring over 100 others in an area popular with hikers and families, authorities said.

Witnesses said the thunderstorm came suddenly on a day that began with clear weather. The lightning strikes pummeled Poland’s Giewont peak, a trekking destination that is 1,894 meters (6,214 feet) high, as well as other locations across the Tatras.

Four people were killed on the Polish side, including two children, a spokeswoman for the Polish air ambulance service, Kinga Czerwinska, told the news broadcaster TVN24.

The Slovak rescue service said a Czech was killed after lightning knocked him off Banikov peak. The tourist fell hundreds of meters (yards) down the side of a mountain.

Rescuers with the Polish Tatra emergency service, known as TOPR, said they believe the lightning probably hit some of the metal chains installed on Giewont peak to aid tourists in their…