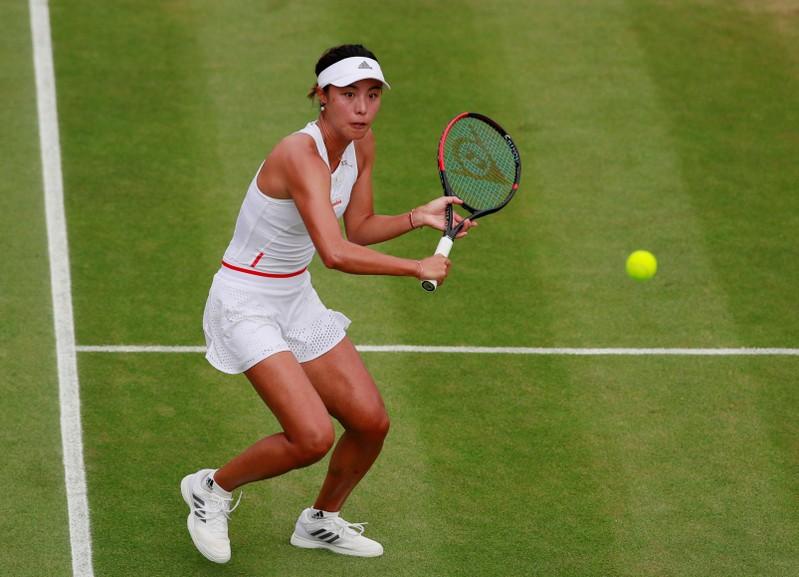 Wang, who received a bye into the last-16, converted six of eight break points to claim her first win since the second round of Wimbledon last month.

“I just tried to build my confidence for this tournament,” Wang said.

“For me, it’s preparing for the U.S. Open, so I will try my best this tournament.”

The match began with both players failing to hold serve before Wang took a 3-1 lead. She then won the next five games in a row after Ferro made a number of unforced errors and double faulted three times in the opening set alone.

Wang will face Russia’s Anna Blinkova, who came back from a set down to beat Romania’s Mihaela Buzarnescu 1-6 6-3 6-3.

Poland’s Magda Linette also marched into the quarter-finals with a 6-1 6-4 victory over ninth seed Aliaksandra Sasnovich of Belarus.