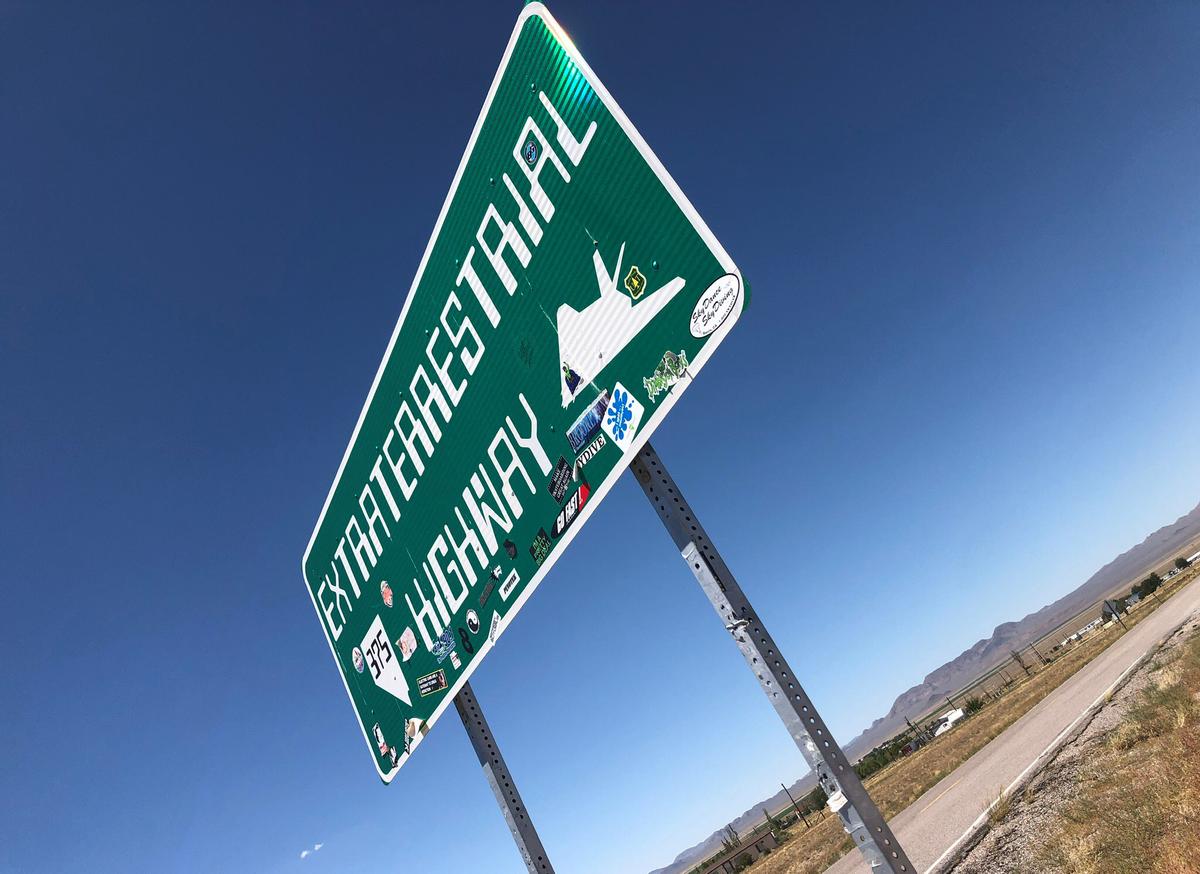 RACHEL, Nevada (Reuters) – Connie West, co-owner of an alien-themed motel in the tiny U.S. desert outpost of Rachel, Nevada, believes they are coming no matter what. Not aliens, but alien hunters.

A whimsical invitation on Facebook has urged UFO enthusiasts to gather on Sept. 20 and “storm” nearby Area 51, a U.S. military base long rumored to house extraterrestrials and spaceships. More than 2 million Facebook users have said they plan to go.

Residents of Rachel, a 150-mile (240-km) drive from Las Vegas and home to roughly 50 people, are split on how to respond. Some sternly warn the public to stay away, fearing large crowds will overwhelm a town with no gas station or grocery store. Others, including West, believe the best course is to welcome them with a music festival dubbed Alienstock.

“We’re trying to figure out how to make this a positive from an absolute negative,” West said in an interview. “You can fight it, but it’s coming.”

West, with her mother, runs…