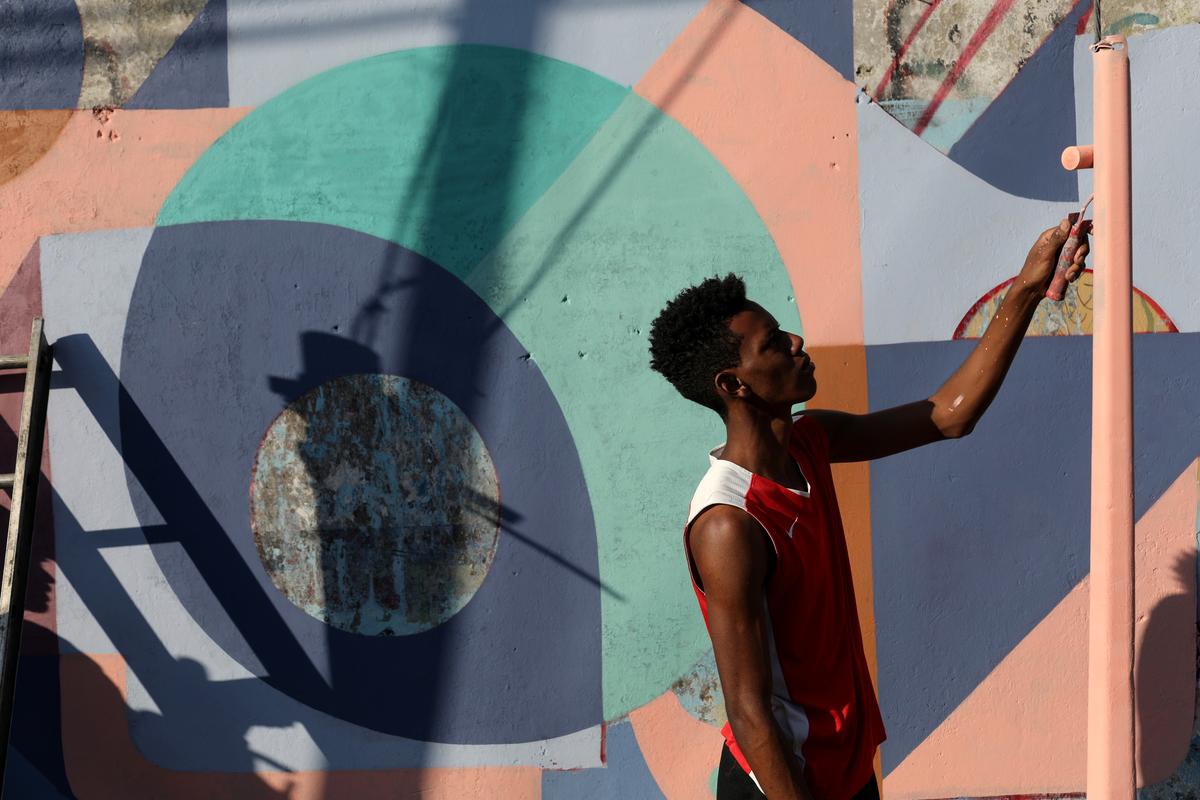 CARACAS (Reuters) – In the sprawling slum of Petare in the east of Venezuela’s capital of Caracas, 31-year-old Fabian Solymar begins sketching a mural of abstract figures on a wall filled with Socialist Party political propaganda.

The mural will eventually cover up a campaign ad for a state governor and an image of the eyes of late President Hugo Chavez, an artistic response to the ruling party’s iconography scattered across public spaces in the struggling OPEC nation.

The pastel-colored mural is also meant to change the image of Petare, one of Latin America’s largest slums and one that has historically been better known for violent crime and gang rivalries than for public art.

“The idea is for people to feel that this is not a place of delinquents, but of people who work,” said Solymar, who goes by the nickname Dagor, while working on a mural on a recent August afternoon.