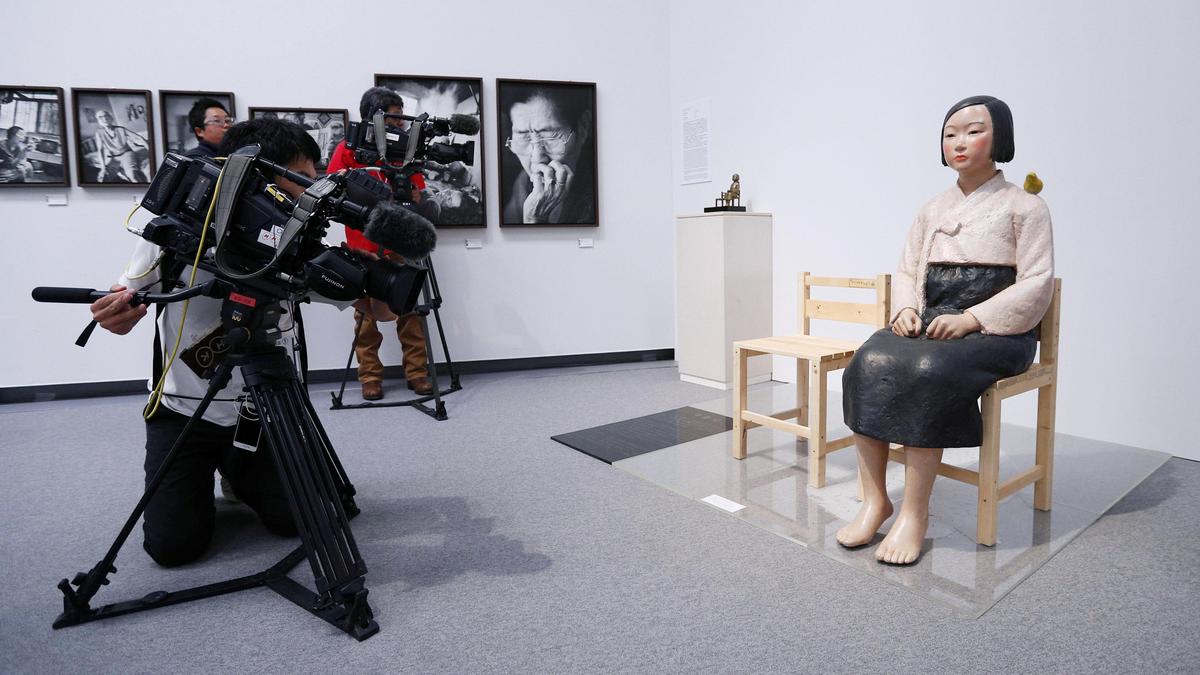 MADRID (Reuters) – A Spanish businessman has bought a statue symbolizing women forced to work in Japanese military brothels which was removed from an exhibition in Japan after organizers received threats over the piece.

The “Statue of a Girl Of Peace” symbolizes the “comfort women”, a euphemism referring to women, many of them Korean, forced into the brothels before and during World War Two.

Estimates vary, but historians say thousands of women may have been involved. There are currently 20 survivors registered with the South Korean government and the subject remains a sensitive one in both countries and elsewhere in Asia.

The work was removed after it attracted “terror threats” via telephone and email as soon as it went on display this month at the Aichi Triennale art exhibition, Aichi Prefecture Governor Hideaki Omura told a news conference on August 3.

Businessman Tatxo Benet said he plans to display the work, which depicts a young woman wearing a traditional Korean…