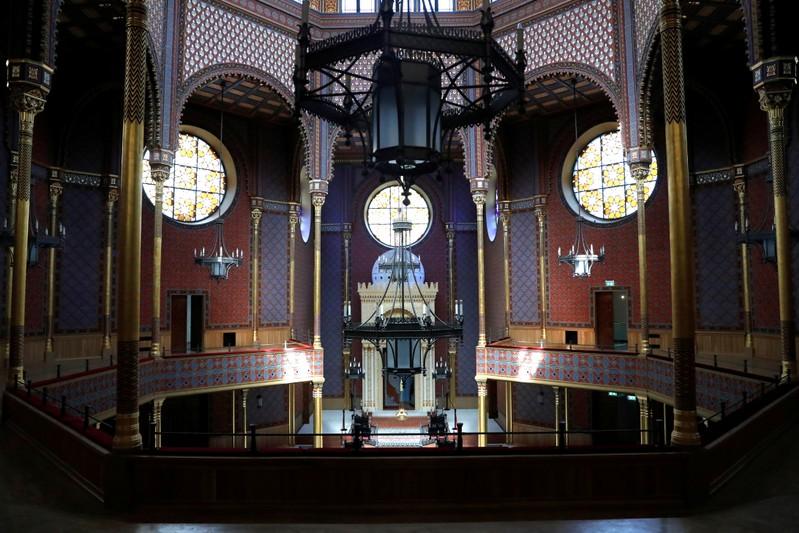 BUDAPEST (Reuters) – Tamas Irsai was a teenager when he last sang in the choir in Budapest’s Rumbach synagogue during World War Two, before most Hungarian Jews were deported to death camps.

Irsai survived the Holocaust but the great majority of Hungarian Jews, including many of his relatives and friends, did not. Under Communist rule, more Jews emigrated and the synagogue finally ceased to be a place of worship, its last rabbi leaving Hungary, after Soviet tanks crushed a 1956 uprising.

Since the 1989 fall of communism, however, Jewish community life has revived. The community now numbers about 100,000, with new schools and renovated synagogues – including Rumbach which will reopen early next year after decades of neglect during which pigeons moved in.

Built in stunning Moorish Revival style in 1873, the Rumbach – one of Budapest’s most prominent synagogues – will be re-established for religious observance and also act as a cultural center with concerts and exhibitions.