Still feelin’ groovy: Woodstock photo couple together after all these years 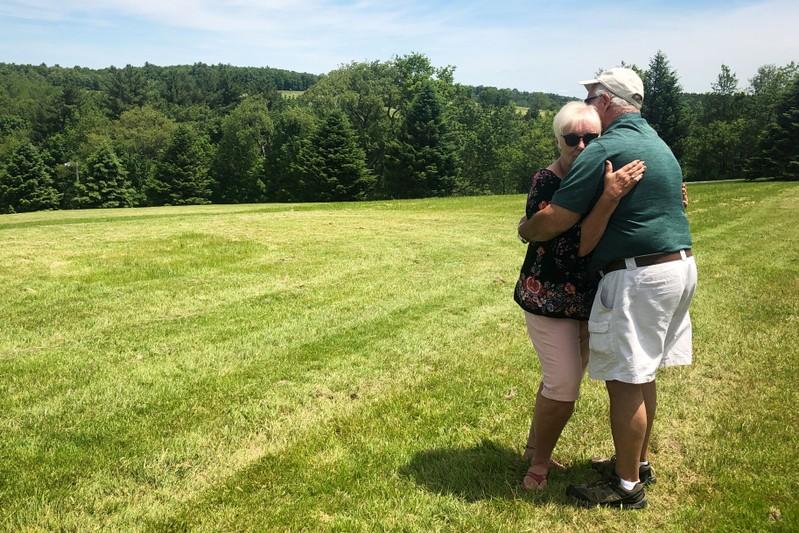 BETHEL, N.Y. (Reuters) – Fifty years ago, Nick and Bobbi Ercoline were just another young couple camped out at the Woodstock festival.

But when a photographer snapped their picture early on that Sunday morning as they stood hugging each other while wrapped in a blanket, they unwittingly became part of pop culture history, ending up on the Woodstock festival album cover.

Nick and Bobbi are still together and still living near the farm at Bethel Woods, in New York’s Catskills mountains, where the three-day festival was held in 1969, on Aug. 15-18.

The couple, now 70, say they don’t remember the picture being taken nor much about what was happening around them that day on a muddy hillside strewn with sleepers huddled in blankets in the morning air.

“Just getting up in the morning, standing up, giving my girlfriend a hug,” Nick Ercoline recalled. “I don’t even remember the picture being taken honestly.”

Bobbi, who was wearing large sunglasses, said she barely remembered…