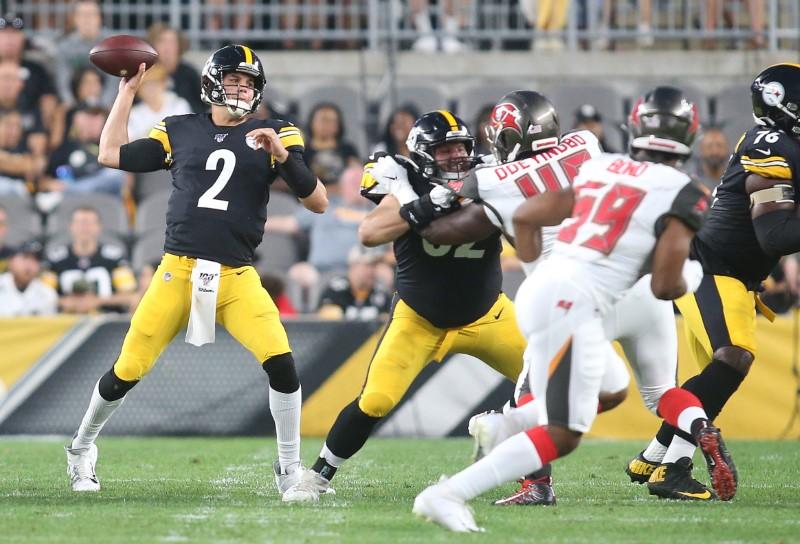 Josh Dobbs started at quarterback for Pittsburgh and completed 5 of 8 passes for 85 yards. Rudolph followed, going 5 of 8 for 91 yards. Hodges then hit on 8 of 14 passes for 79 yards.

For the Buccaneers, Jameis Winston played one series and led an 81-yard touchdown drive. He finished 5 of 6 for 40 yards, including a 9-yard TD pass to Chris Godwin.

After Blaine Gabbert entered and went 6 of 8 for 50 yards, Robert Griffin III piled up big passing numbers: 26 of 43 for 330 yards and a touchdown.

Tampa Bay running back Dare Ogunbowale’s second touchdown run of the game, a 1-yarder with 10 seconds left, gave the Buccaneers a chance to tie with a two-point conversion. However, Griffin’s pass for Ogunbowale was incomplete.