Edmund stops Kyrgios to reach second round in Montreal 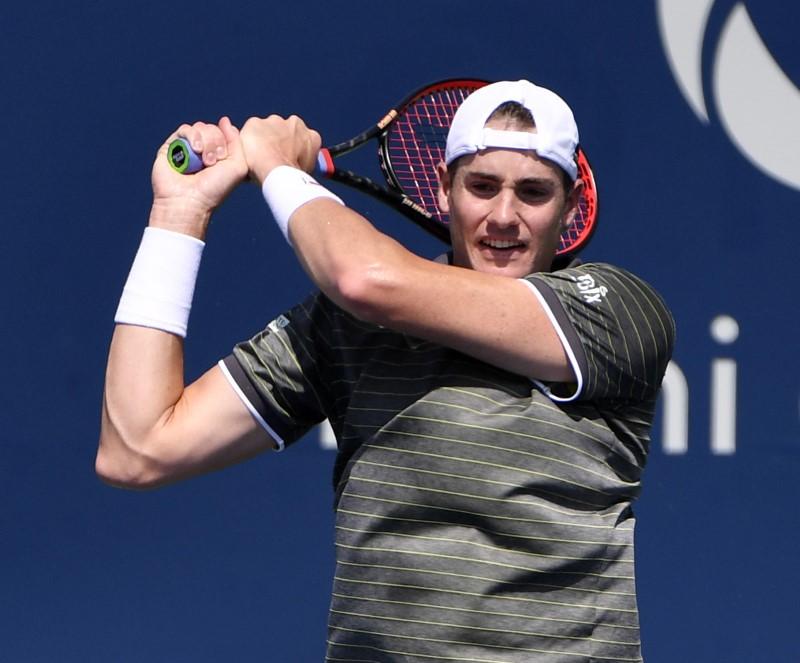 (Reuters) – Kyle Edmund crushed his 15th ace on match point to defeat Australia’s Nick Kyrgios 6-3 6-4 and reach the second round of the Rogers Cup in Montreal on Tuesday.

Edmund never faced a break point against Kyrgios, who won the Citi Open in Washington on Sunday despite an ailing back, which seemed to limit his movement in the match.

Kyrgios and the chair umpire got into an extended argument about the availability of courtside towels early in the match but Edmund kept his focus to put on a serving masterclass.

Next up for Edmund is a second-round meeting with rising eighth seeded Russian Daniil Medvedev on Wednesday.

The 12th seed, who had lost three of his four tiebreaks in the two weeks leading into the event, put an end to the tense battle when he fired down an ace on his third match point to set up a clash with Chilean Cristian Garin.