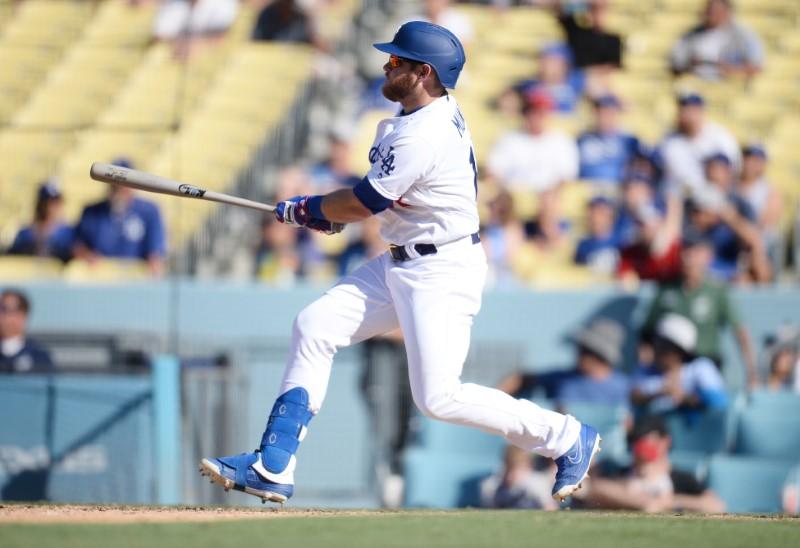 Max Muncy hit a game-ending two-run double in the bottom of the ninth inning to give the Los Angeles Dodgers a wild 11-10 victory over the visiting San Diego Padres on Sunday.

After Corey Seager reached base on an error by Padres second baseman Luis Urias, Muncy worked an eight-pitch at-bat before sending his two-run double to right. Muncy also hit a home run, while Russell Martin and A.J. Pollock went deep as well.

Pedro Baez (6-2) pitched a scoreless ninth inning for the victory. San Diego’s Kirby Yates (0-3) was trying for his third save of at least four outs. Hosmer hit a grand slam and drove in five runs for the Padres.