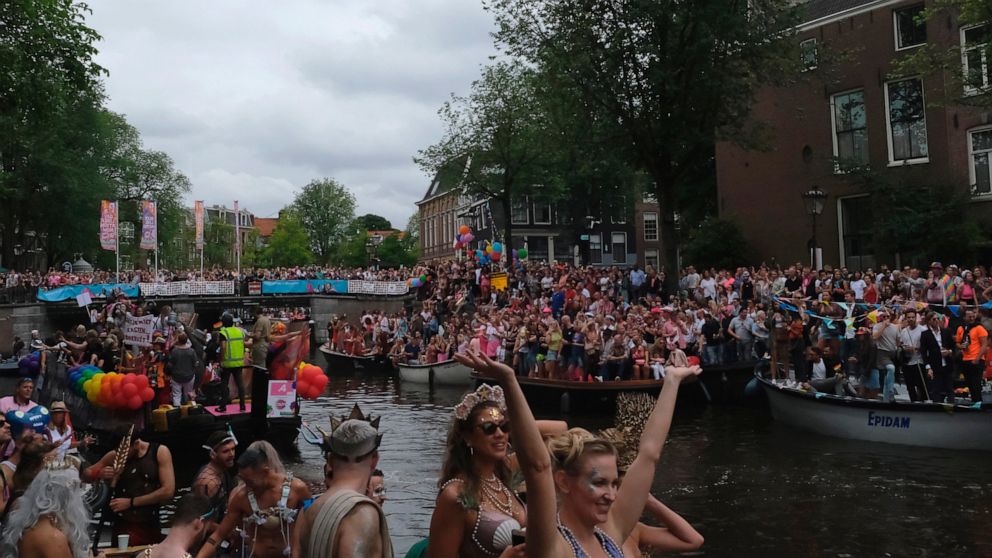 Tens of thousands of spectators are lining an Amsterdam canal to watch a parade of decorated boats during the Dutch capital’s LGBT pride festival.

Organizers said 80 boats officially took part in the canal parade on Saturday, including ones representing Dutch police, the military and an undertakers’ organization.

Ahead of next years’ summer Olympics in Japan, a vessel representing Tokyo’s LGBT community participated, too.

The annual parade is the highlight of Pride Amsterdam, which ends Sunday. The theme of this year’s nine-day festival was “Remember the past, create the future.”

Like pride events around the world this summer, the Amsterdam event came 50 years after a police raid of a gay bar in New York, the Stonewall Inn, set off riots and catalyzed the modern gay rights movement.