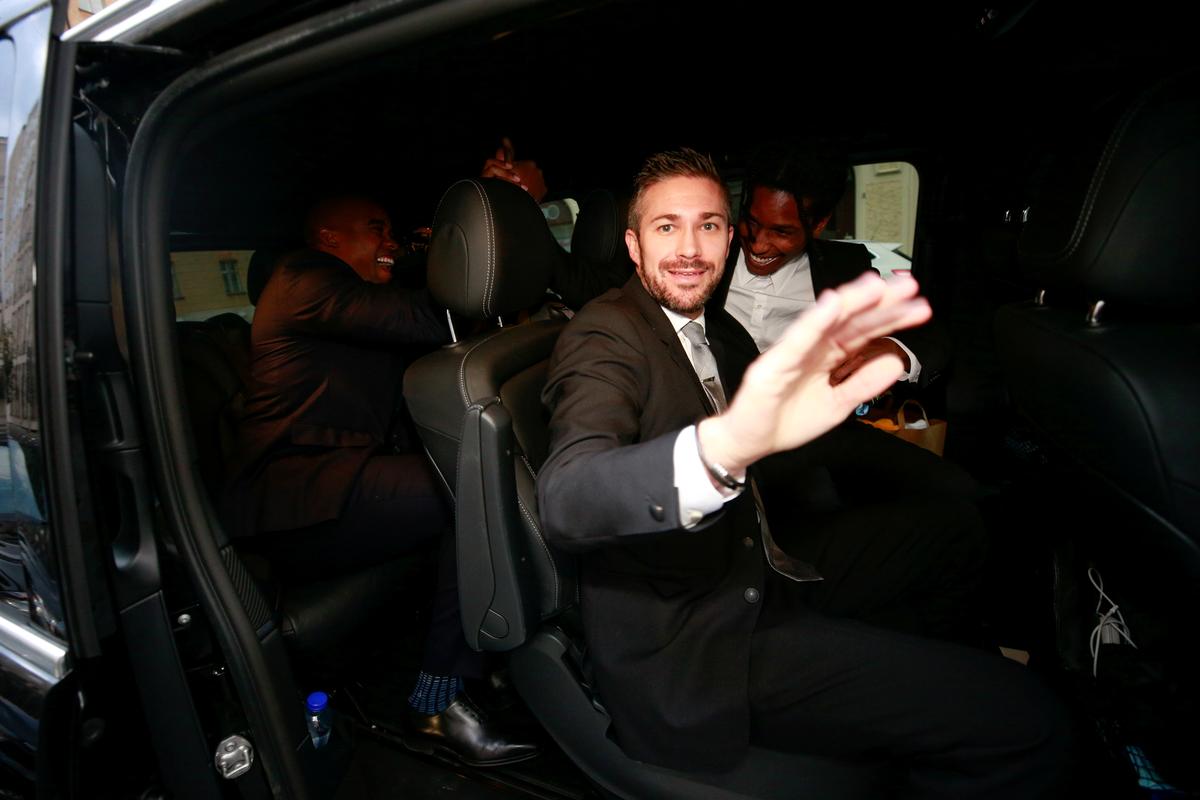 STOCKHOLM (Reuters) – U.S. rapper A$AP Rocky and two of his friends were released from custody in Sweden on Friday three days into their highly publicised assault trial, a development hailed by President Donald Trump who had tried to intervene in the case.

The judge, Per Lennerbrant, said the three were free to leave the country ahead of his verdict due on Aug. 14 – a ruling that in Sweden often points to an acquittal or a sentence that is less than the time that defendants have already served.

Trump tweeted: “A$AP Rocky released from prison and on his way home to the United States from Sweden. It was a Rocky Week, get home ASAP A$AP!”

A$AP Rocky, whose real name is Rakim Mayers, took off by plane from Stockholm’s Arlanda airport in the evening. Swedish media reported that he was leaving the country.

At the judge’s announcement, an emotional Mayers shared a long hug with his lawyer, then with his co-defendants, and then ran over to the courtroom gallery to hug his friends…