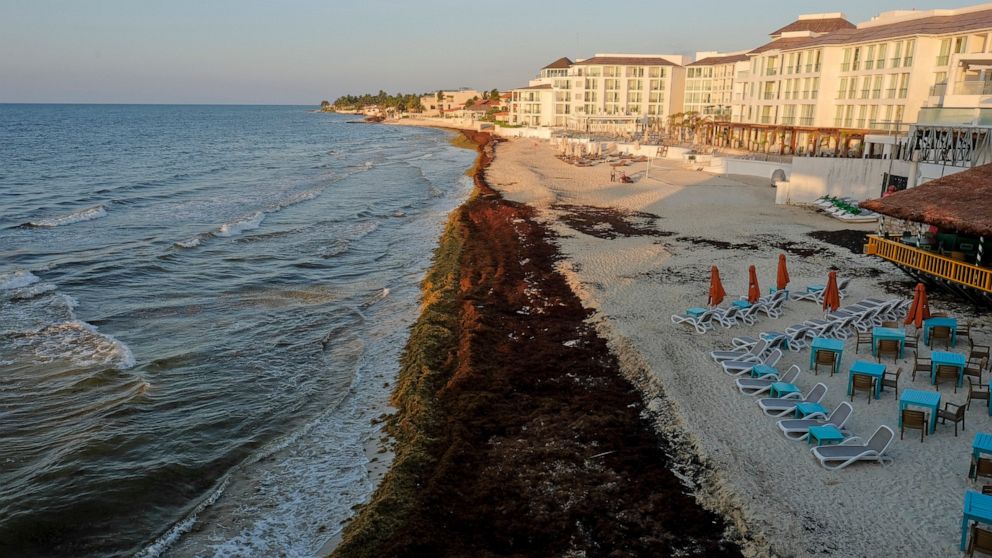 Mexico’s Quintana Roo state expects to spend $30 million this year on removing masses of sargassum seaweed that have washed up on its Caribbean beaches, its governor said Tuesday.

Gov. Carlos Joaquín said during a visit to Washington that the figure could go even higher next year because equipment such as sea barriers and boats needs to be purchased.

Joaquín said the contribution of the private sector has pushed the expenditure for seaweed removal in his state to $21 million so far this year.

The Mexican navy works non-stop on removal but the governor said President Andres Manuel López Obrador needs to increase funds beyond the $1 million his administration has earmarked.

López Obrador visited the coast last month and played down the seriousness of the problem for one of Mexico’s prime tourist destinations.