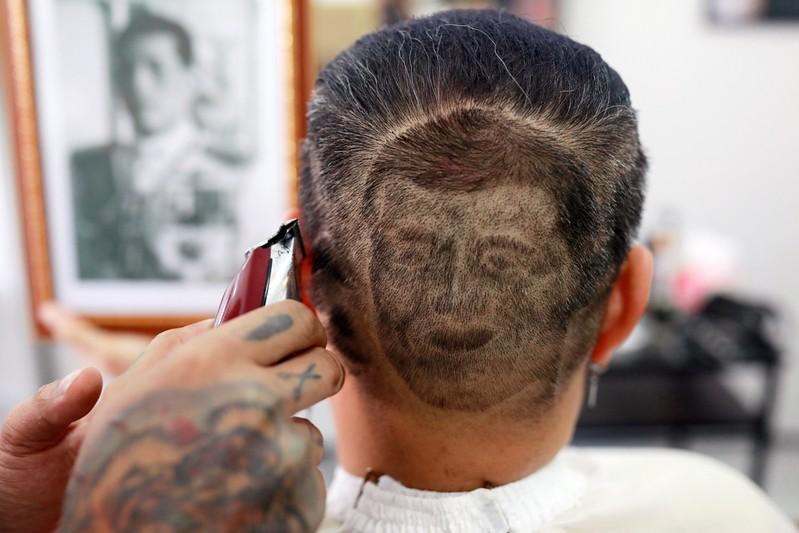 BANGKOK (Reuters) – On one side of his head it reads “Long Live”, on the other “The King”. And on the back is a painstakingly snipped birthday portrait of Thailand’s King Maha Vajiralongkorn.

Devoted monarchist Mitree Mike Chitinunda decided to mark the king’s 67th birthday on Sunday with a haircut that has drawn praise from some royalists but criticism from others, who view it as disrespectful.

“Some people think I do it to show off, but that’s not true. I just do it to show my love for the king,” Mitree, 47, told Reuters.

Thai ultra-royalists are known for extreme displays of devotion to the monarch, seen as a semi-divine figure.

But in nearly three years on the throne, King Vajiralongkorn has not acquired the mass affection that his father, King Bhumibol Adulyadej, gained during seven decades of rule before his death in 2016.

Mitree, who sports a crimson beard, has had special haircuts before – including one of Thailand’s current prime minister and former…