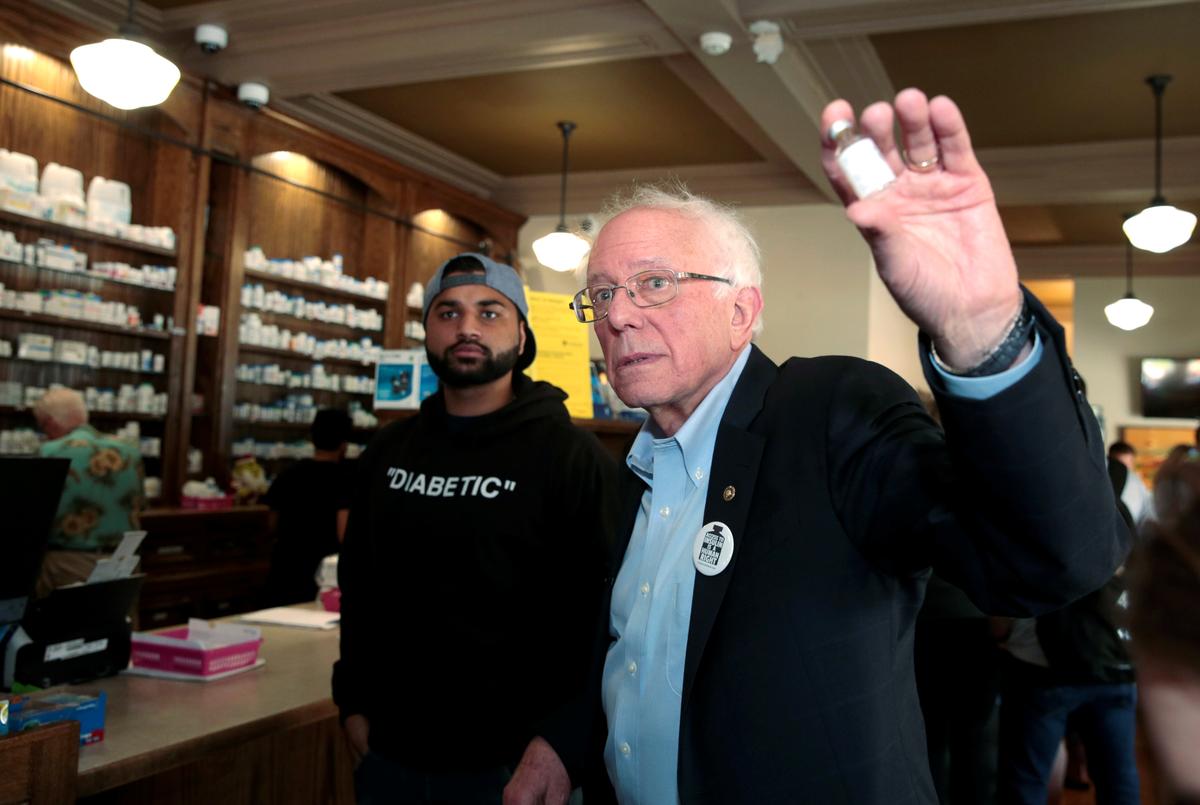 Sitting in the back of a chartered bus organized by members of advocacy group Insulin4All, Sanders spoke to families who said they go to great lengths to ration their insulin because of high U.S. costs, often putting their health at risk.

“We should be doing what the Canadians do, and that means sitting down with the drug companies and negotiating a price,” he said.

Democrats seeking to take the White House in 2020 see President Donald Trump as increasingly vulnerable to criticism on healthcare costs, since his administration has failed to push through several initiatives to lower drug prices.

Kathy Sego and her son Hunter, 22, picked up six months worth of insulin from the Olde Walkerville Pharmacy…