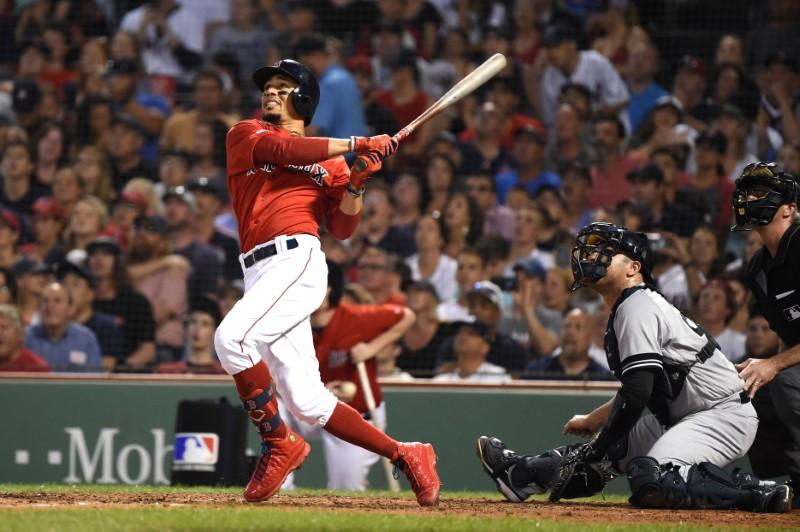 Mookie Betts homered in each of his first three at-bats and had four hits and five RBIs total as the Boston Red Sox once again romped past the visiting New York Yankees, winning 10-5 on Friday.

Betts led off the bottom of the first with a homer before hitting another solo shot in the third and a two-run moonshot in the fourth. The right fielder doubled home a run in the sixth and grounded out in the eighth, settling for his fifth career three-homer game. Four of those have come from the leadoff spot in the order, a major league record.

J.D. Martinez also went deep and drove in three runs, and Rafael Devers had three hits as the Red Sox posted at least eight runs against the Yankees for the fifth straight meeting.

Yankees starter James Paxton (5-6) gave up seven runs on nine hits in four innings, though he struck out nine and walked none. New York starters have failed to pitch past the fourth inning in six straight games.

Paul Goldschmidt homered for a fifth…