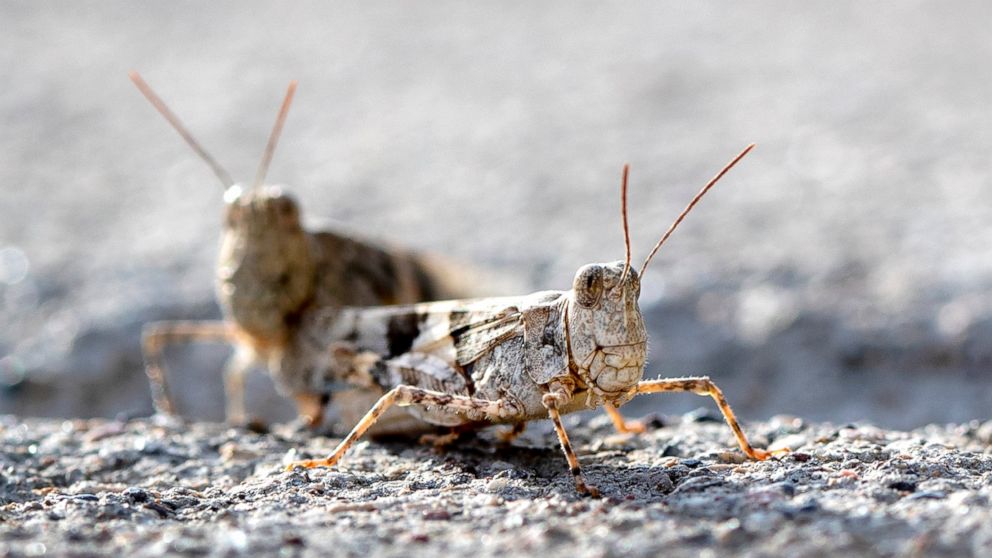 A migration of mild-mannered grasshoppers sweeping through the Las Vegas area is being attributed to wet weather several months ago.

Nevada state entomologist Jeff Knight told reporters on Thursday the number of adult pallid-winged grasshoppers traveling north to central Nevada is unusual but not unprecedented and they pose no danger.

Knight recalls several similar migrations in his more than 30 years at the state Department of Agriculture, including one about six or seven years ago.

This year, the Las Vegas area recorded more rain in six months than the annual average of just under 4.2 inches (10.7 centimeters) per year.