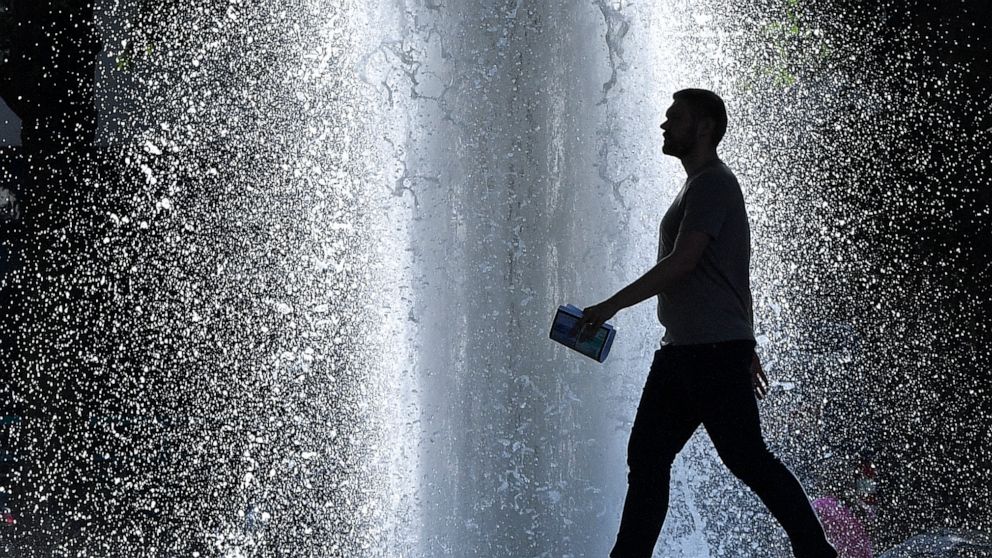 Europeans cooled off in public fountains Wednesday as a new heat wave spread across parts of the continent and was already breaking records.

Belgium and Germany registered their highest-ever temperatures, while the Netherlands saw its hottest day in 75 years.

And the mercury is expected to rise even further.

Paris and other parts of France could see temperatures exceeding 40 C (104 F) on Thursday along with Germany, Belgium, Netherlands, Luxembourg and Switzerland.

The heat is putting pressure on authorities to help protect the elderly and the sick. Air conditioning is not common at homes, offices, schools or hospitals in European cities.

The weather is also aggravating droughts since it hasn’t rained much in many parts of Europe this summer. The combination of heat, wind and possible lightning from thunderstorms also increases the risk of wildfires.

WHY IS IT SO HOT?