The Latest: Flash flood warning for areas below wildfire 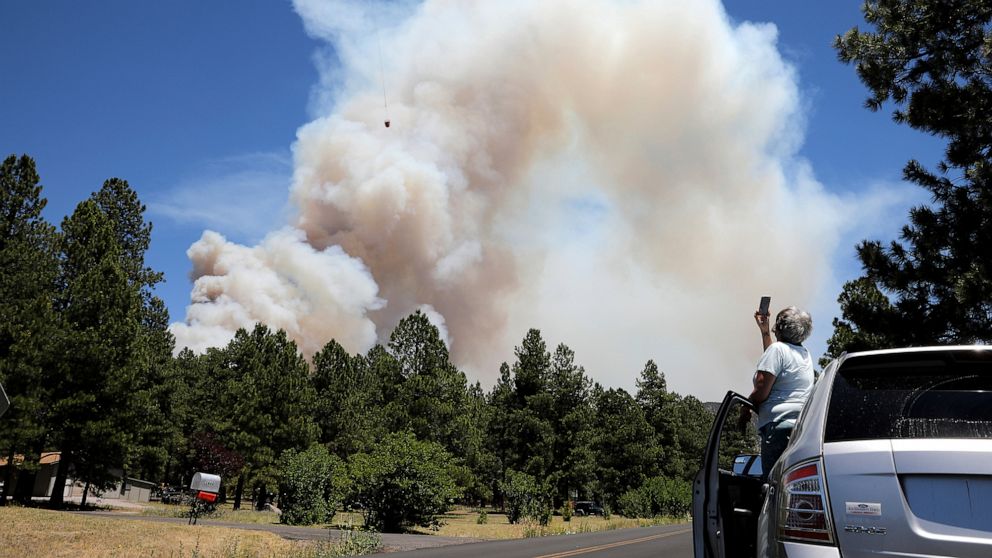 The Latest on a wildfire in northern Arizona (all times local):

The National Weather Service has issued a flash flood warning for Flagstaff communities in the shadow of a wildfire.

The weather service says up to an inch of rain already has fallen over the fire. Flooding is expected near downtown Flagstaff and along parts of Route 66.

The warning expires at 7 p.m. Tuesday.

Meteorologist Darren McCollum says the runoff is expected to be more intense because of the wildfire that’s been burning around Mount Elden since Sunday.

Arizona Gov. Doug Ducey has declared a state of emergency for a wildfire burning in northern Arizona.

The fire that began Sunday now has charred an estimated 4 square miles (10 square kilometers) in a mountain pass that’s a prime spot for recreation within minutes of downtown Flagstaff and is 10 percent contained.

Ducey’s declaration directs that $200,000 from the state’s general fund be made available to the director of…