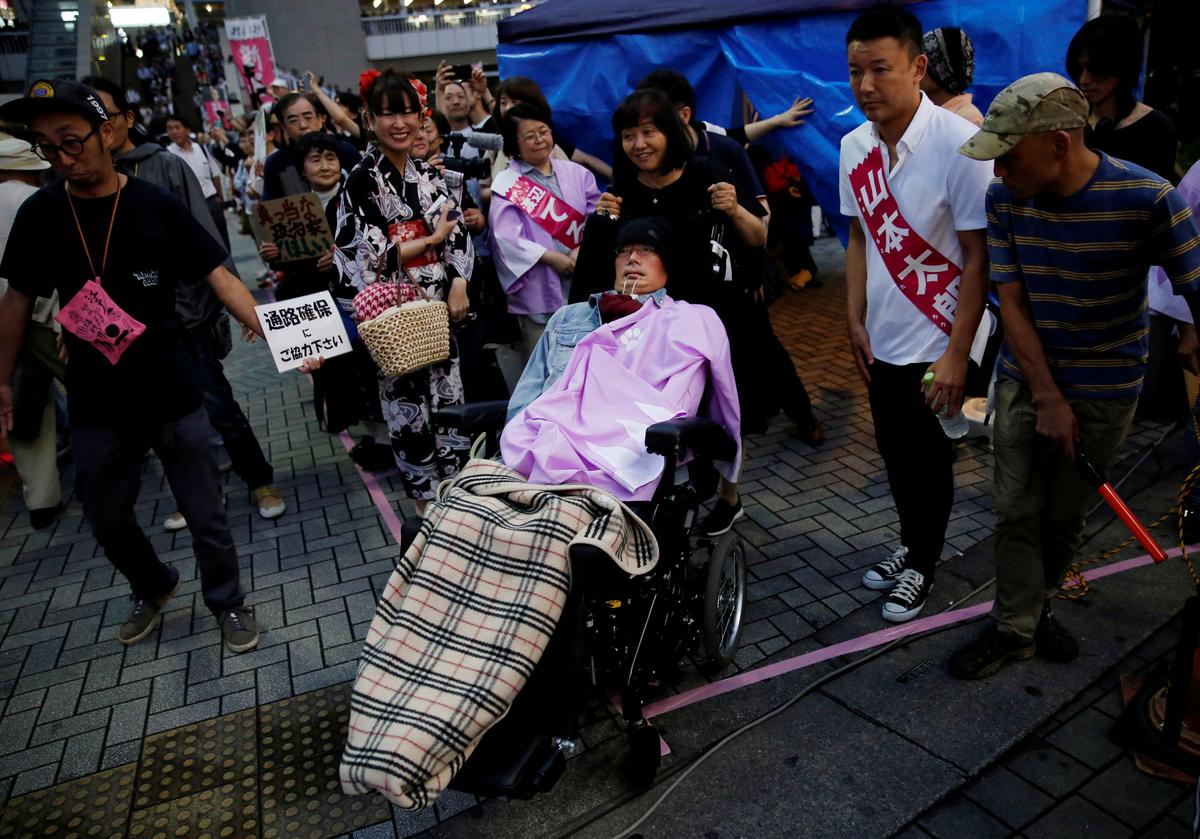 TOKYO (Reuters) – Two wheelchair-bound candidates won seats in Japan’s upper house vote on Sunday, media projections showed, a sign of changing attitudes towards disabled people in a country where they have long been encouraged to stay in the shadow.

Yasuhiko Funago, a vice president of a company that provides elderly and patient care, has Amyotrophic Lateral Sclerosis (ALS), a progressive neurological disease in which patients gradually lose control of most of their muscles.

Although a lower house lawmaker in the past was diagnosed with ALS after winning a seat, no one had previously begun a career in parliament after being diagnosed with the disease, according to the Japan ALS Association.

The other candidate is Eiko Kimura, who has cerebral palsy. Both of them were running from a small opposition group, the Reiwa Shinsengumi.

“We will of course have specialists accompany them and look after them,” Taro Yamamoto, head of the Reiwa Shinsengumi, told a commercial…