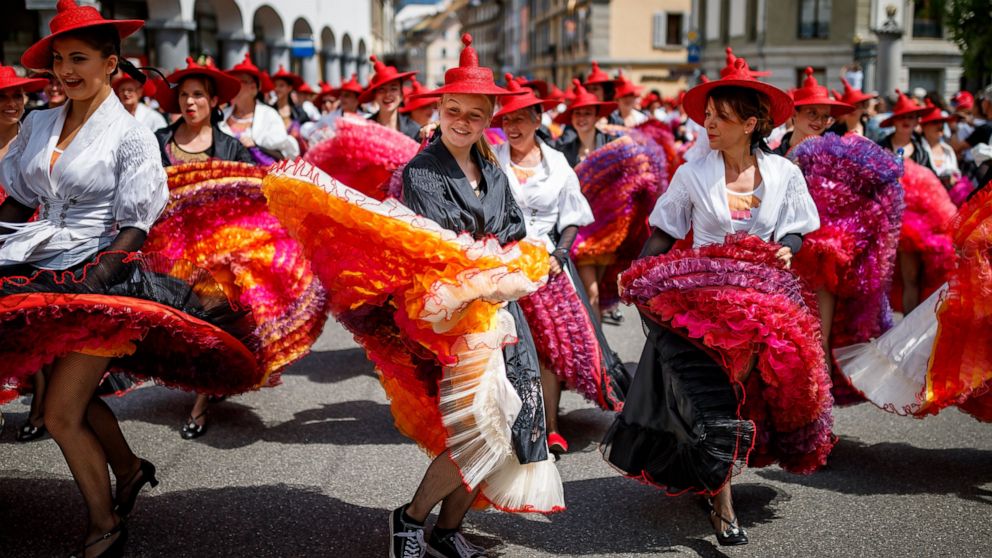 Swiss residents and tourists alike are partying like they haven’t since 1999.

The town of Vevey has kicked off the 12th “Fete des Vignerons,” or Winemakers Festival, the latest installment in a centuries-old tradition of celebrating vineyard workers — which nowadays takes place only once a generation.

Festival organizers have pulled out the stops for the celebration in Vevey, a lakeside town near Switzerland’s famous terraced vineyards that are listed as a UNESCO World Heritage site. In 2016, the U.N. cultural agency classified the festival itself as part of the “intangible cultural heritage” of Switzerland.

Among the big-ticket items in the 100 million Swiss franc ($100 million) budget for the festival is a purpose-built arena — big enough to hold 20,000 people, or more than the entire town’s population. Towering over Lake Geneva, the venue is hosting an Olympics- or Super Bowl-style show with dancers, music and other festivities. As many as a million people are expected…