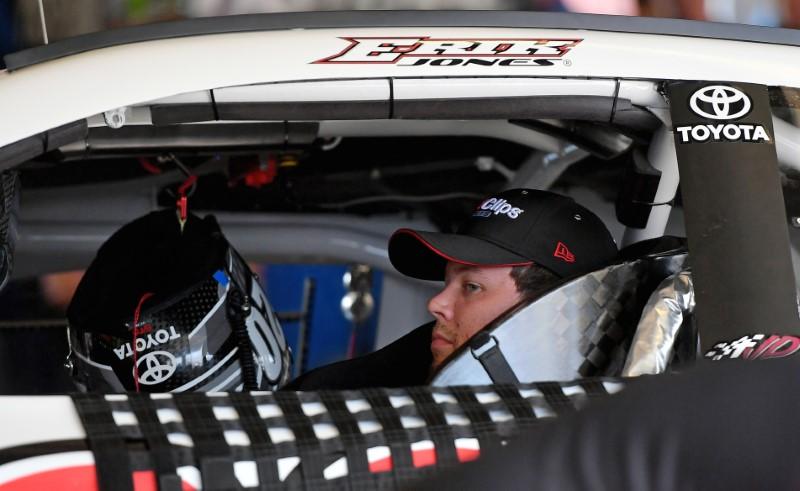 LOUDON, N.H. – The most critical aspect of Erik Jones’ third-place run in Sunday’s Foxwoods Resort Casino 301 at New Hampshire motor Speedway was the mistake he thought he had made — but didn’t.

Under the ninth and final caution for Kyle Larson’s spin in Turn 2 on Lap 265, Jones made a feint toward pit road but opted to stay on the track. But his tires crossed the orange commitment box separating pit road from the racing surface.

At first, Jones thought he had drawn a penalty, but since only his left-side tires crossed the box, and he stayed on the track, he was OK under NASCAR rules. Jones lined up second next to race winner Kevin Harvick for the final restart on Lap 273, quickly fell to third behind Joe Gibbs Racing teammate Denny Hamlin (who had fresh right-side tires) and held that position the rest of the way.

The third-place run came at the end of a roller-coaster day.