Painting, stolen by Nazi soldier, is back in Florence museum 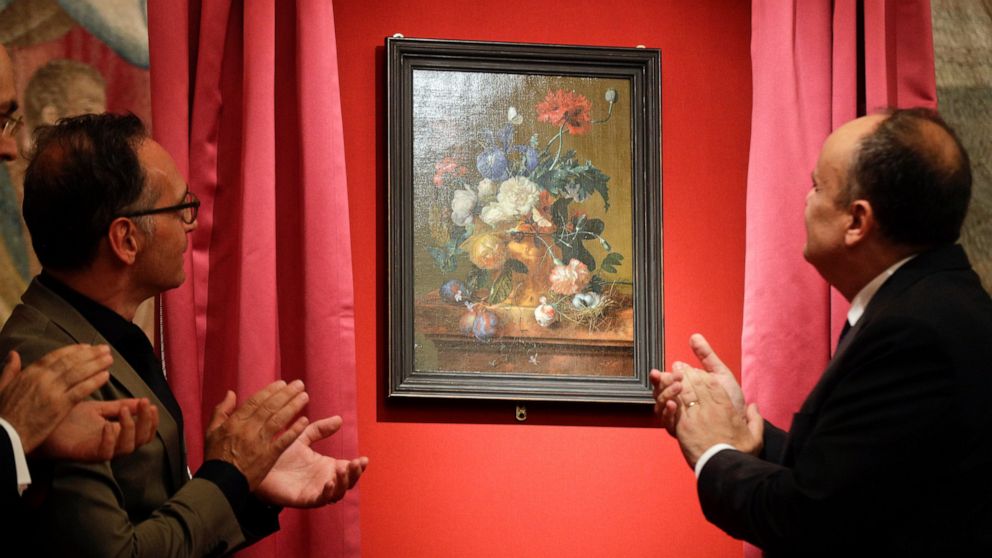 A Dutch still-life painting, stolen by retreating Nazis and sent by a German soldier as a present to his wife, came back to a Florence museum on Friday, thanks largely to a relentless campaign by the Uffizi Galleries’ director, a German.

Add Italy as an interest to stay up to date on the latest Italy news, video, and analysis from ABC News.

The foreign ministers of German and Italy were on hand Friday at Palazzo Pitti, a Renaissance palace that is part of the Uffizi Galleries, for the unveiling of “Flower Vase,” a masterpiece by Jan van Huysum, an early 18th-century artist whose exquisitely detailed still-life works were highly sought in his day.

Uffizi director Eike Schmidt earlier this year urged his native country to return the work. He had posted on a gallery wall three labels where the painting had hung before being taken during World War II: “stolen,” the labels read in Italian, English and German.

His homeland, Schmidt said at the time, had a…