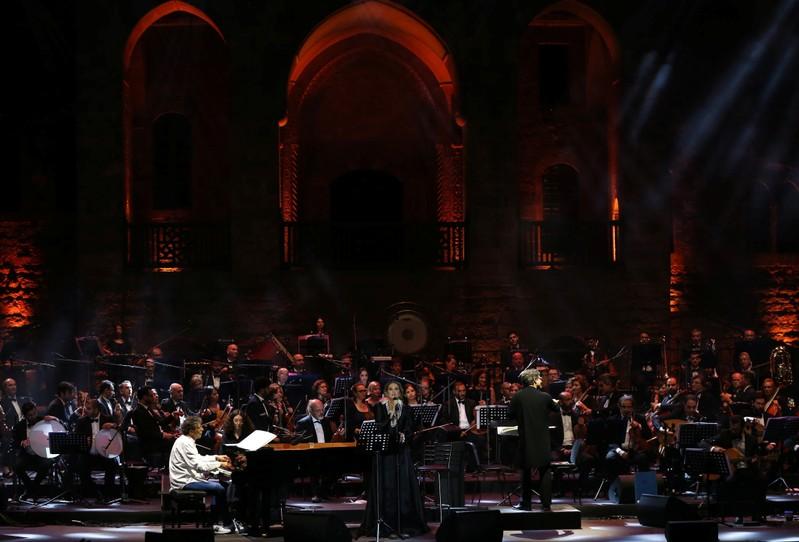 BEIRUT (Reuters) – Lebanon’s traditional summer festivals harked back to the Arab world’s musical past this year, highlighted by a performance by the great-granddaughter of the legendary 1930s diva Asmahan in a mountain palace.

Asmahan captivated audiences at a moment when European colonialism had replaced the Ottoman Empire, and cultural icons reached the masses via the new media of cinema and radio, tapping into a surging spirit of Arab nationalism.

Nearly a century later, her great-granddaughter Yasmina Joumblatt took to the stage on Thursday to sing at the Beiteddine festival in an Ottoman-era palace in Lebanon’s Chouf mountains, accompanying the music of French-Lebanese composer Gabriel Yared.

“I was a great admirer of her as a woman. I discovered her art later in life. What we tried to do is honour her and revisit her work while living abroad,” said Joumblatt.

She sang two Asmahan songs arranged by Yared, as well as other pieces. “It’s (a process of)…