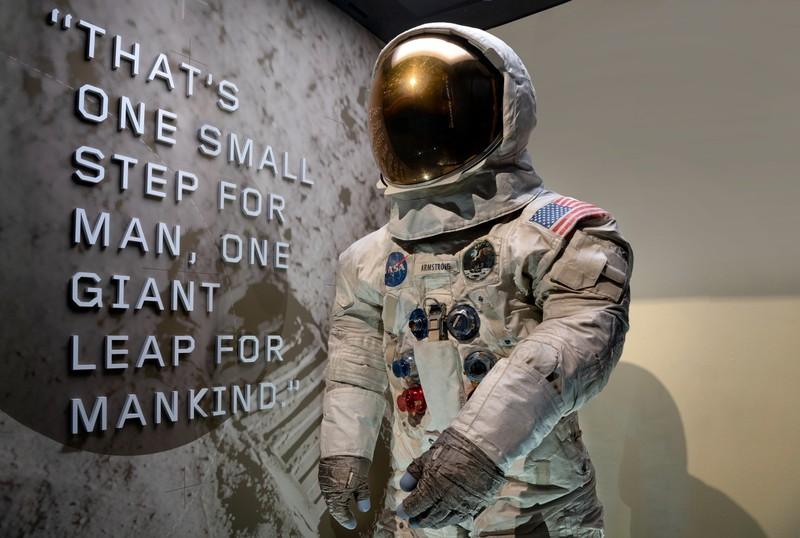 WASHINGTON (Reuters) – The spacesuit astronaut Neil Armstrong wore during his mission to the moon went on public display for the first time in 13 years on Tuesday, at the Smithsonian’s Air and Space Museum exactly 50 years to the day when Apollo 11 launched into space.

Armstrong’s son Rick unveiled the suit along with U.S. Vice President Mike Pence who recalled how the country was deeply divided in the late 1960s but came together in pride when Armstrong became the first man to walk on the moon.

“On top of the contributions to science and human understanding, for that brief moment, the man who wore this suit, brought together our nation and the world,” Pence said.

“Apollo 11 is the only event of the 20th century that stands a chance of being widely remembered in the 30th century,” said Pence said. “A thousand years from now, July 20, 1969 will likely be a date that will live on in the minds and imaginations of men…