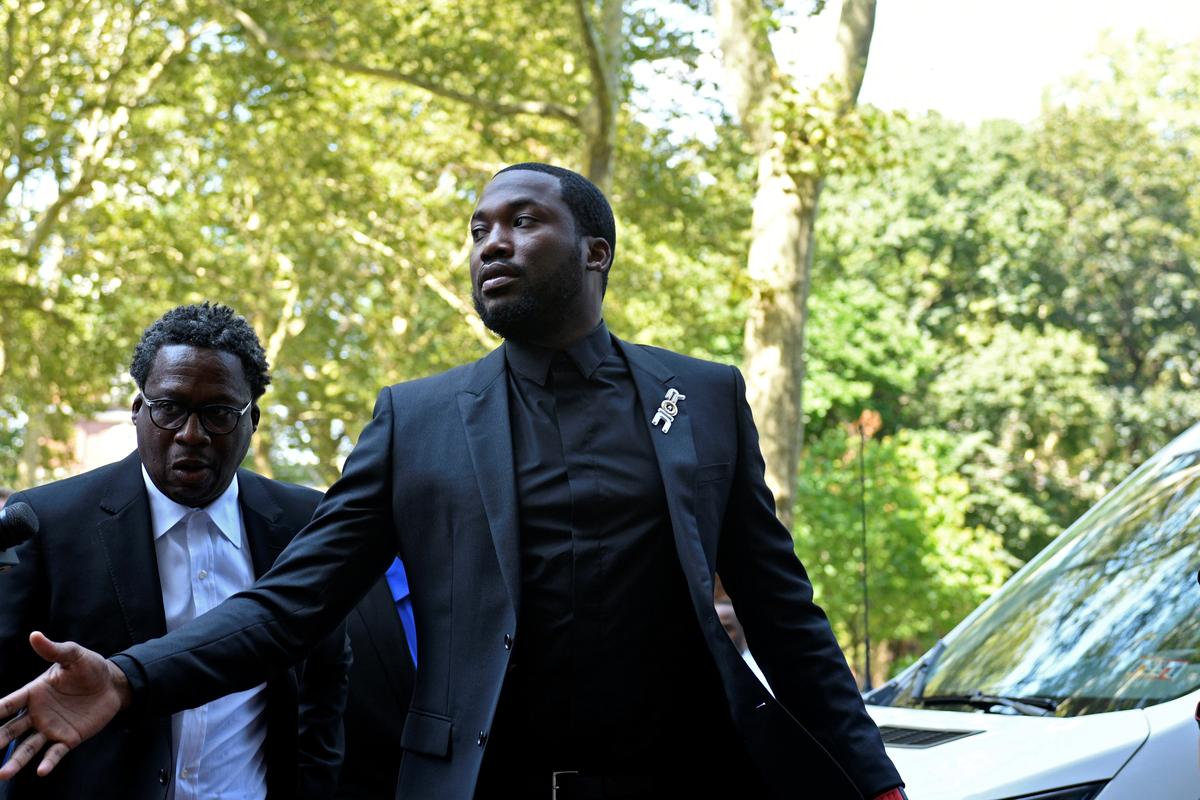 PHILADELPHIA (Reuters) – Lawyers for Meek Mill on Tuesday asked a Pennsylvania appeals court to overturn a 2008 drugs and gun conviction that has kept the rapper on probation for a decade and made him a celebrity advocate for U.S. criminal justice reform.

Defense lawyers said the Philadelphia judge who has long overseen Meek Mill’s case is no longer impartial and has become overly involved in his life, once visiting a homeless shelter to check he was doing mandated community service.

Attorney Kim Watterson also said the sole witness against Meek Mill at his 2008 trial was a discredited drug squad officer who is no longer with the Philadelphia police force.

A city prosecutor agreed with Watterson, supporting her request for a new trial and new judge for the artist known for hits like “All Eyes on You” and “Going Bad.”

“There is more than a substantial record that this judge acted as prosecutor, advocate, cross-examined witnesses, and made herself a fact witness,” said…