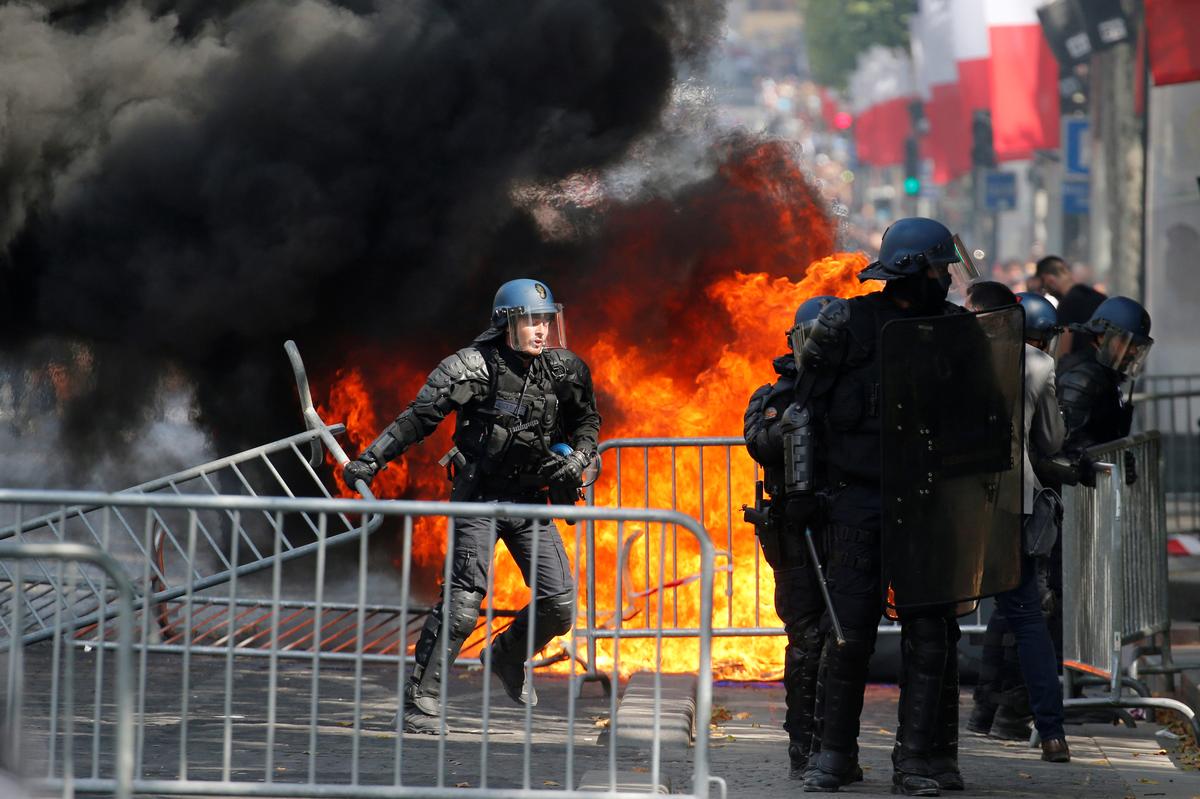 The famous boulevard was reopened to traffic as soon as the parade finished, but a few hundred protesters from the grassroots ‘yellow vests’ movement tried to occupy it.

Macron and his guests had already left for the Elysees presidential palace for lunch.

Police fired tear gas to disperse the protesters, some hooded, who were trying to block the road with metal barricades, dustbins and other debris.

Several loud bangs were heard. Protesters hurled objects at the police, booed and set bins on fire. Police drove some of the demonstrators to adjacent streets where they regrouped and set up new barricades, drawing more tear gas fire.