Mayflower replica to sail for 400th anniversary of voyage 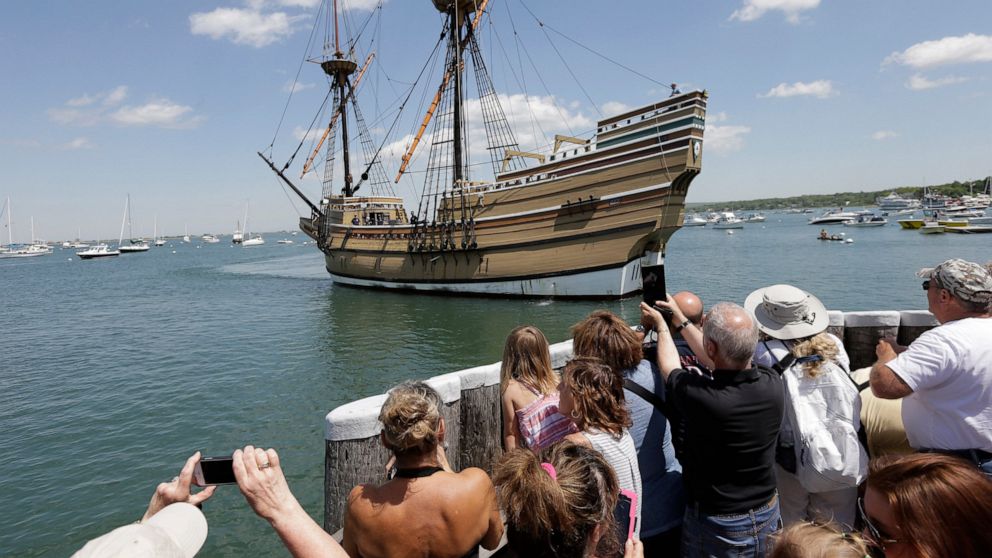 A replica of the Mayflower will sail to Boston as part of commemorations of the 400th anniversary of the Pilgrims’ landing in Massachusetts.

Organizers say that the Mayflower II will be on display next year at the Charlestown Navy Yard from May 14 to May 19, and that visitors will have an opportunity to board the ship for free.

The vessel has been undergoing an $11.2 million restoration at the Mystic Seaport Museum in Connecticut since 2016.

The original Mayflower was lost to history after returning to England following its famous 1620 voyage to the New World.

The full-scale replica ship was built in England in the 1950s and has been berthed in Plymouth Harbor.

Plans are to take it back to Plymouth following the Mayflower Sails 2020 event.

This story has been corrected to show the restoration project is estimated to cost $11.2 million, not $7.5 million.