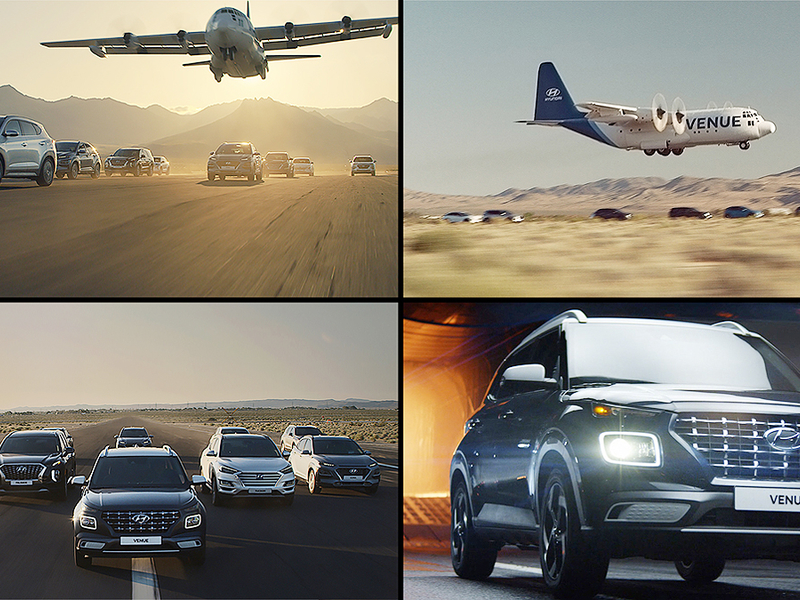 LOS ANGELES — Hyundai rolled out a cinematic video for social media platforms marking the global launch of the Venue subcompact crossover, an extra-small offering in its growing portfolio of utility vehicles that is already a hit in India.

In the YouTube video, a blue-and-white Venue is transported in a C-130 transport plane outfitted with LED lights before being dropped off at Inyokern Airport in central California. Other crossovers in the Hyundai family — the Kona, Tucson, Santa Fe, Nexo fuel cell and newly launched Palisade — race toward the airport to meet their new sibling.

With flashing lights and revving motors, the current crossovers give their nod of approval to the newest member of the family before driving off together toward an urban landscape. In an accompanying “behind the scenes” clip, the producers of the Venue video compare the final scenes to a cinema hero entering a new town and having to seek the approval of peers.

In the U.S., an edited version of the…