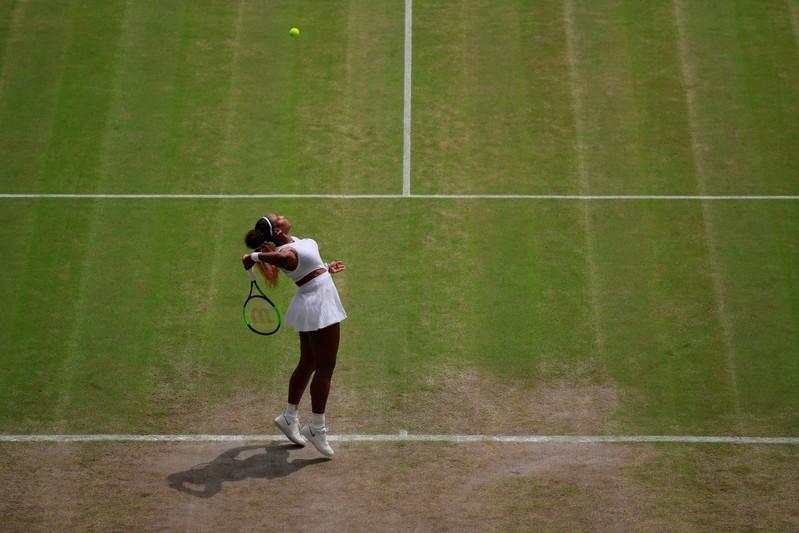 (Reuters) – Serena Williams was fined $10,000 by the All England Club for damaging one of Wimbledon’s courts with her racket prior to the start of the tournament, media reported.

Williams, who faces fellow American Alison Riske in the quarter-finals on Tuesday as she looks to win her 24th Grand Slam title, has yet to comment on the fine.

Fabio Fognini was also fined $3,000 for unsportsmanlike conduct after a rant during his third round defeat to Tennys Sandgren.

The Italian had said he hoped a “bomb” would explode at the All England Club.

Nick Kyrgios was fined $8,000 in total from separate unsportsmanlike incidents in his first and second rounds.

The fiery Australian lost to Rafa Nadal in the second round.