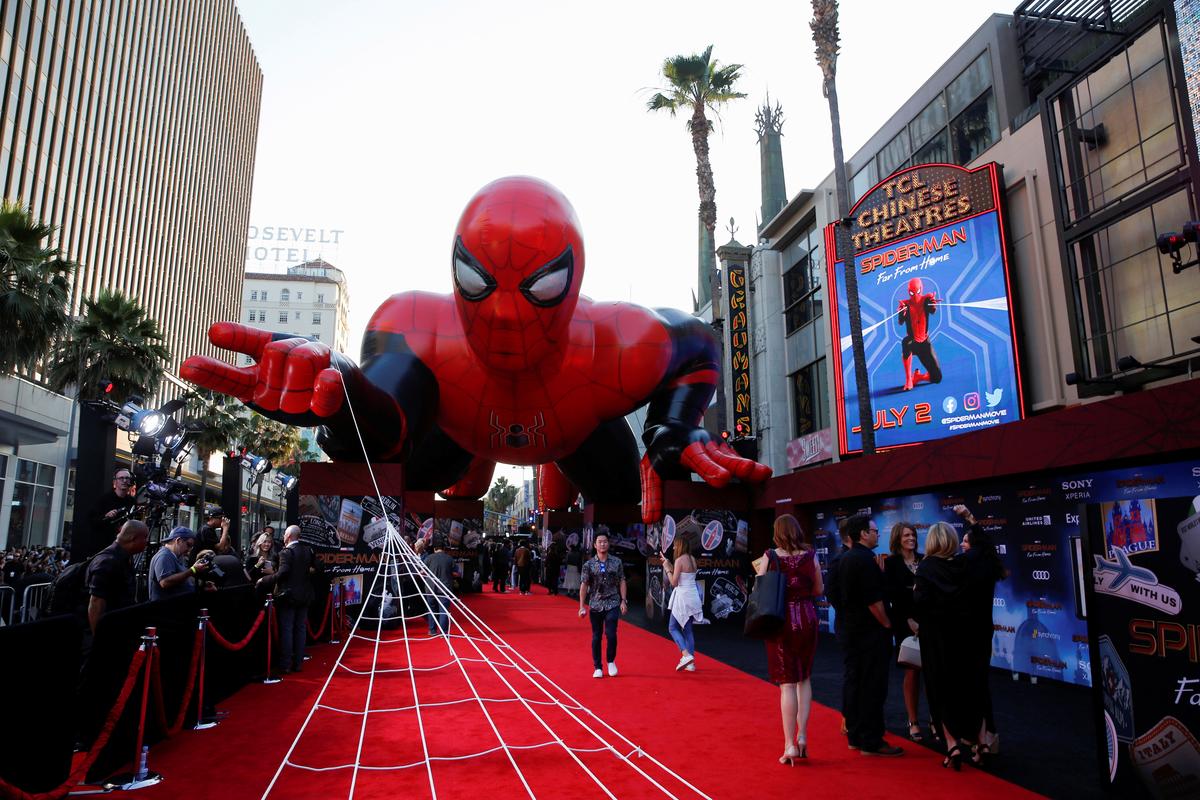 LOS ANGELES, (Variety.com) – Superheroes were once again around to save the day as “Spider-Man: Far From Home” ignited a much-needed boost in the domestic box office. The web-slinging adventure easily dominated in North America, delivering a $185 million debut from 4,636 venues during its first six days in theaters.

But even your friendly neighborhood Spider-Man isn’t immune to a little sequel slump. “Spider-Man: Far From Home” got a head start by opening on the Tuesday ahead of Independence Day, but it collected $93 million over the traditional three-day weekend. That’s a stellar start to be sure, but a drop from the $117 million debut of its predecessor, 2017’s “Spider-Man: Homecoming.” However, the July 4th weekend isn’t a traditionally busy time for moviegoing.

“Spider-Man: Far From Home” set a number of records this week, including biggest Tuesday ticket sales of all time ($38 million), best Wednesday grosses for a Marvel movie ($27 million) and the…