Gaultier walks on the wild side at Haute Couture show 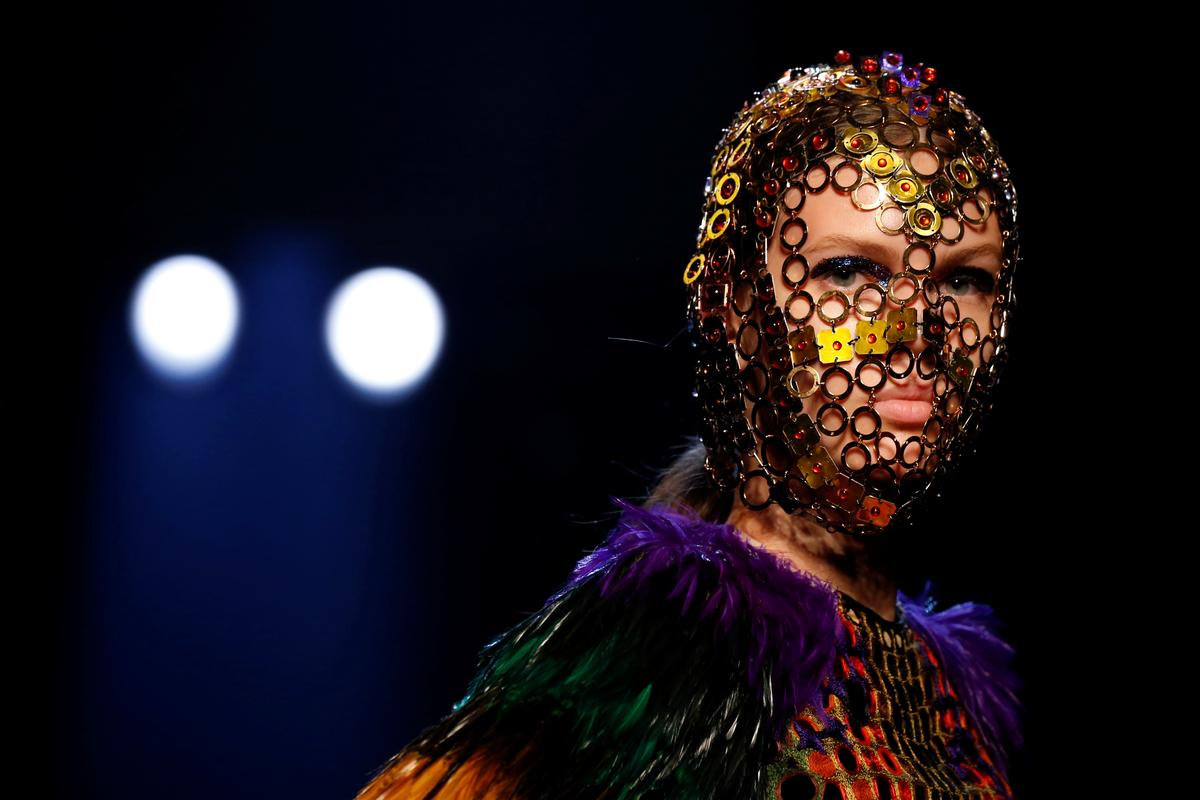 Gaultier – who joined the fur-free trend late last year at a time when brands like Burberry or Gucci are also dropping pelts – evoked an array of wildlife with animal prints including a panther coat and geometric, zebra-striped dresses.

In a warm, party atmosphere, the audience – which included U.S. pop singer Christina Aguilera – cheered on French model Cindy Bruna, dressed in a pleated aniseed-coloured chiffon dress and Coco Rocha in her monochrome dress and vest, a mix of wool and a python pattern.