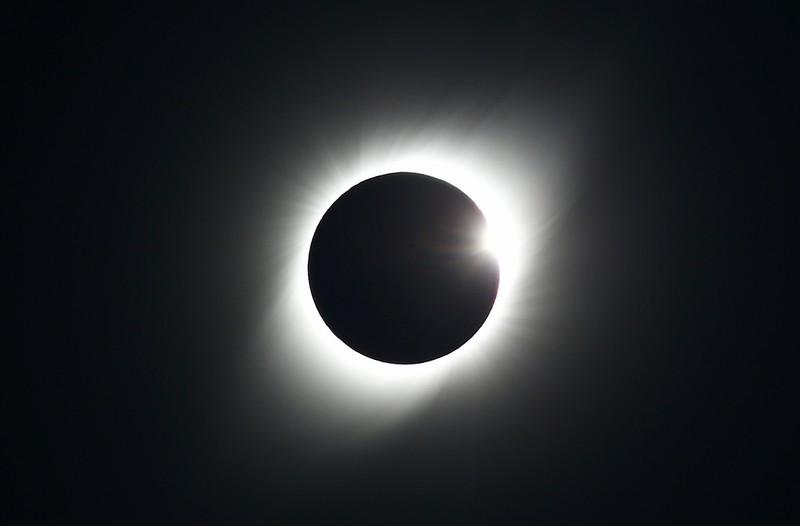 SANTIAGO (Reuters) – Hundreds of thousands of tourists scattered across the north Chilean desert on Tuesday to experience a rare, and irresistible combination for astronomy buffs: a total eclipse of the sun viewed from beneath the world’s clearest skies.

A solar eclipse occurs when the moon passes between the Earth and the sun, plunging the planet into darkness. It happens only rarely in any given spot across the globe.

The best views this time were from Chile’s sprawling Atacama desert north of the coastal city of La Serena, where a lack of humidity and city lights combine to create the world’s clearest skies.

The region had not seen an eclipse since 1592, according to the Chilean Astronomy Society. The next one is expected in 2165.

Eclipse-watchers in Chile were not disappointed on Tuesday. The 95-mile (150-kilometer) band of total darkness moved eastward across the open Pacific Ocean late in the afternoon, making landfall in Chile at 4:38 p.m. EDT (2038 GMT).