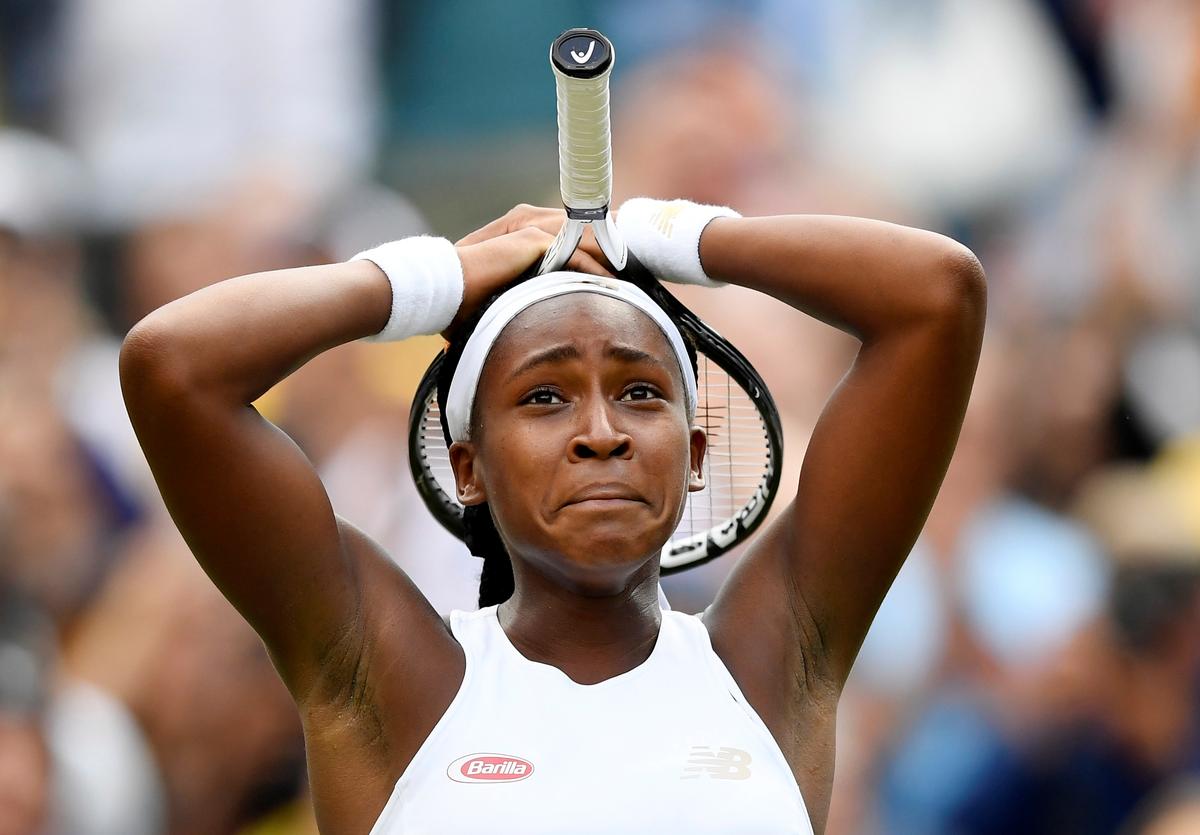 LONDON (Reuters) – American 15-year-old Cori Gauff stole the show on the opening day of Wimbledon with a debut victory over five-time champion and her inspiration Venus Williams.

Gauff, the youngest woman ever to survive the qualifying tournament, played like a seasoned performer as she clinically beat the 39-year-old great 6-4 6-4 to earn a standing ovation from an enchanted Court One crowd.

“I wouldn’t say I didn’t expect to win the match. I knew that I was going to go out there and play the way I play,” Gauff, who claimed victory on her fourth match point, told reporters.

“I wasn’t surprised that I won. I mean, I was just overwhelmed at the end.”

Her victory put everything else in the shade on an opening day full of shocks in both draws.