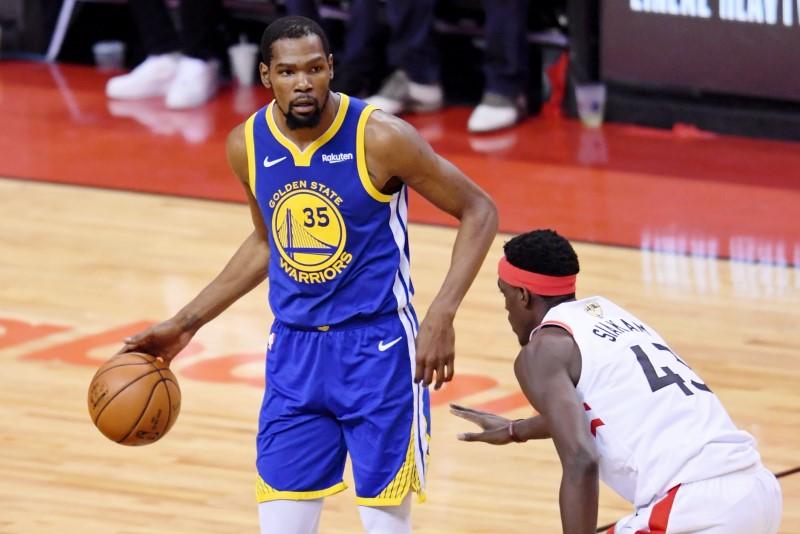 (Reuters) – Kevin Durant will join the Brooklyn Nets, after playing the past three seasons with the Golden State Warriors, the two-times NBA most valuable player announced on Sunday.

Durant, who became an unrestricted free agent on Sunday, is expected to miss most, if not all, of next season, however, while recuperating from a ruptured Achilles tendon suffered during this month’s NBA Finals defeat by Toronto.

“Kevin Durant has confirmed he will sign a max deal with the Brooklyn Nets when the free agent moratorium period ends on July 6th,” said a post linked to his account.

Durant is expected to sign a four-year deal worth $164 million, according to ESPN.

He won two championships in his three seasons with Golden State, and his departure leaves a gaping hole in the roster at a team that has played in the past five NBA Finals.

Reporting by Andrew Both…