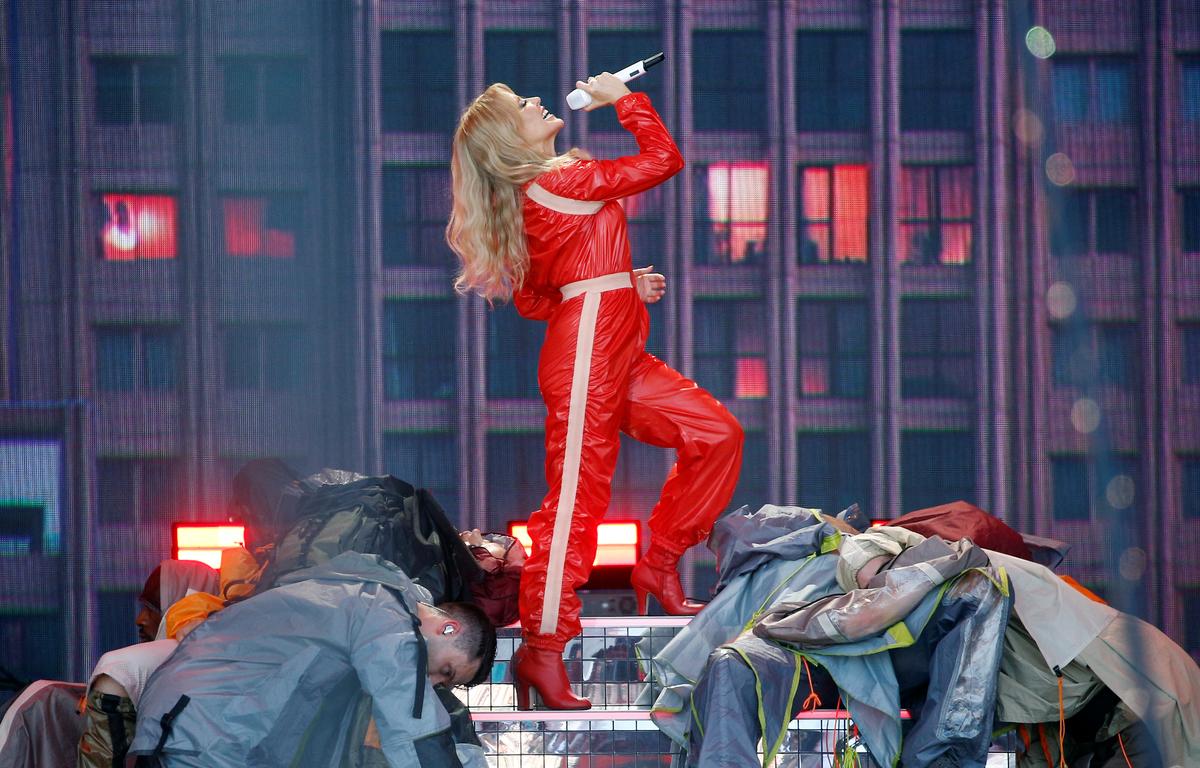 GLASTONBURY, England (Reuters) – Kylie Minogue delighted a huge crowd at Glastonbury with hits including “Spinning Around”, “Shocked” and “Better the Devil You Know”, 14 years after illness forced her to cancel a headline performance at the festival.

Kylie, as she is universally known, played all the catchy disco pop hits that the audience had come to hear, from “I Should Be So Lucky”, her breakthrough 1988 worldwide number one, to 2010 release “All the Lovers”.

Minogue was due to headline Glastonbury, the world’s largest greenfield festival, in 2005, but was forced to pull out after she was diagnosed with breast cancer.

“I wished things were different but life is what it is,” she said, chocking back tears of emotion. “We’re all here together in this moment.”

She said some of the artists in 2005 had covered her songs, and she welcomed on stage one of them, Coldplay’s Chris Martin, to join her in performing “Can’t Get You Out of My Head”.